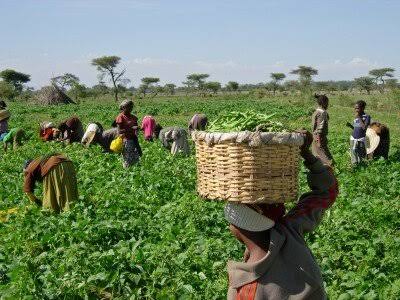 The United Integrated Farmers Association of Nigeria has called on the President Muhammadu Buhari-led Government to revolutionise the agricultural sector by reforming Land Use Act, get database of farmers among others.

These, it said were among the best agricultural practices to ensure food security.

The association spoke through its President, Akinlami Aduragbemi as the world marks this year’s World Food Day today Friday October 16, 2020.

He noted that that Nigeria could no longer afford to lag behind in the application of the best farming practices.

As a starting point, he advised government to embark on effective data collection of all farmers in Nigeria, under various commodities.

He argued that “To win war against food insecurity, we must know how many farmers who are actually fighting against hunger and how many who are out from time to time.”

Aduragbemi also called for the training of our human resource in the agricultural sector (active and potential farmer) for maximum utilisation of our agricultural inputs.

He added that there was a need for the reformation of the present Land Use Act as many farmlands by millions of small-scale farmers today are not suitable for agricultural loans due to the unfavourable nature of the existing land laws to small-scale farmers who could not easily secure title documents for their farmlands.

He said,  “Many states like FCT had even placed an embargo on the issuance of C of O for more than two years, meaning the issue of collateralisation of loans to farmers in such state had become impossible.

Aduragbemi equally advocated constant effective interaction between various government farmers and major farmers association from time to time, in order to ensure food security and welfare of the citizenry.

He added, “The duty of the state is to provide security and weldy for the citizens. Food is an important aspect of welfarism and farmers are the food soldiers in that area.

“Farmers meet uncountable challenges on the field on daily basis, ranging from flood, diseases, theft, farmers and herders class, and many other scientific problems in the course of agribusiness.

“Therefore, the chief welfare providers (Nigerian president, via the Minister of Agriculture and the Commissioner from time to time should engage the farmers, they know where to address the situation.

While he called for youth integration into the nation’s agricultural sector, stating that certain proportion of the NYSC members should be given higher allowance if they choose to serve in a farm settlement which the government should set up again.

He said Nigeria could no longer continue to borrow grains from other smaller African nations, “neither can we continue to be importing common food like maize 60 years after independence.”

Aduragbemi also advised the government to be sincere in his agricultural policy, asking it to jettison “a situation whereby some farmers, associations and a section of the country are the only ones having access to agricultural loans, intervention funds while others are deprived.”

On her part,  the President of Lagos State Catfish and Allied Farmers Association, Alhaja Nurat Omotayo Atoba, also called on the government to come to the aid of farmers.

She noted that despite the coronavirus pandemic and difficult working environment,  the farmers, especially fish farmers were still struggling to provide food for growing Nigerian population.

She said, “We are working round the clock to ensure food security in Nigeria.  Government need to provide enabling environment for fish farmers.

“Prices of our inputs are too high, fish feed should be subsidised,  electricity is beyond affordability for farms. We need Federal Government’s empowerment for all fish farmers in the country.” 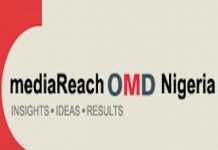 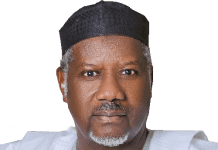 #ENDSARS: US reacts to Lekki shooting, calls for investigation

News Editor - October 22, 2020
0
The United States has eventually broke its silence on the shooting of unarmed protesters at the Lekki Tollgate, Lagos on Tuesday, demanding an immediate...

News Editor - October 22, 2020
0
An official of the Nigeria Correctional Service has given an update on the jailbreak attempt at Ikoyi Correctional Centre. He said the inmates had set...

#ENDSARS: US reacts to Lekki shooting, calls for investigation