Atalanta have confirmed the signing of Ademola Lookman from Bundesliga side RB Leipzig.

Although the Serie A side did not reveal contract details in terms of duration and fee, reports have it that the Nigeria international penned a four-year contract with the Black and Blues for a fee in the region of €15m.

The winger joined Leipzig from Everton in 2019, however, his inability to get regular action with the German topflight squad saw him shipped to Fulham and Leicester City.

Prior to the loan spell, Lookman featured in 24 competitive games for the Red Bulls, getting on the scoresheet five times and setting up four goals.

“Atalanta B.C. are delighted to announce the signing of the player Ademola Lookman from RB Leipzig on a permanent basis,” a statement from the club read.

With this, the former England youth international becomes the third African in Gian Piero Gasperini’s squad. Others are Cote d’Ivoire’s Jeremie Boga and Guinea’s Moustapha Cisse.

Lookman could make his debut in Saturday’s pre-season friendly against Valencia. Atalanta begin their quest for a first Italian Serie A title against Sampdoria on August 13 at the Stadio Comunale Luigi Ferraris.

On the international scene, he represented England at the U20 level – scoring a brace against Costa Rica in the Round of 16 and a goal in the semi-final versus Italy – as the Europeans won the 2017 U20 World Cup in South Korea.

However, he pledged his allegiance to Nigeria in 2022. He made his Super Eagles debut on 25 March 2022, as the three-time African champions settled for a 0-0 with Ghana in a 2022 Fifa World Cup qualification play-off reverse fixture. 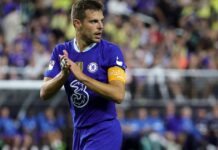 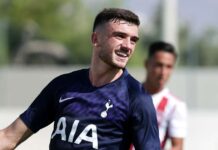 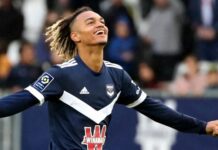 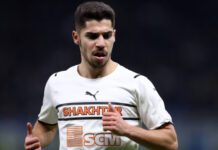