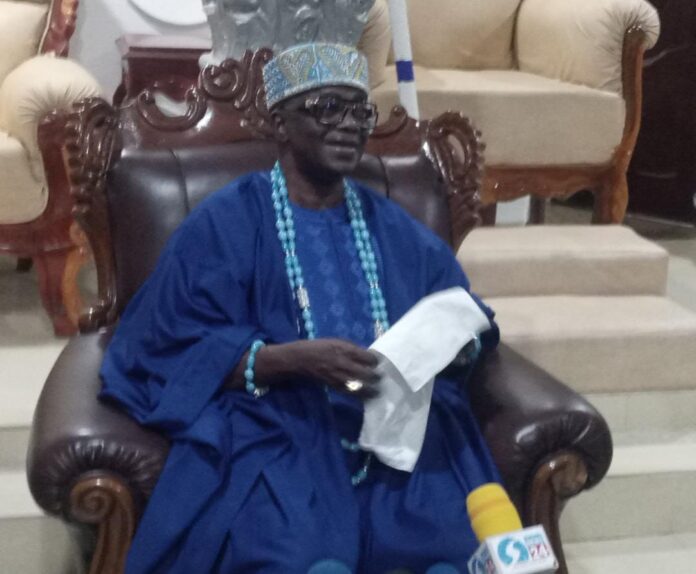 The Olu of Lisa kingdom, Oba Najeemdeen Odugbemi has called on South-west governors to work immediately on the information given by the Aare Onakankanfo of Yorubaland, Iba Gani Adams’ that suspected terrorists have taken over forests in Ogun, Osun and other parts of the region.

He gave the charge today while reacting to the news report of suspected Boko Haram commander arrested by the operatives of Department of State Services (DSS) in Abeokuta, Ogun state.

The monarch said it was time they nipped the  planned attacks by the terrorists in the South- west in  the bud.

Oba Odugbemi, who is also the Grand Patron of Ogun NUJ, called on various state governments to step up their security architecture in the south west states aimed at protecting lives and property of the common man against the insecurity occasioned by these terrorists.

In the same vein, he called on media practitioners in the country to always do more of investigative reporting of an event rather than just mere news reporting in the interest of the society.

The monarch noted that media practitioners should see their profession as not only reporting outcome of an incident alone but dig into such incident to a logical conclusion so that it will not be swept under the carpet for the betterment of the country.

The monarch  said that the arrested Boko Haram suspect by the DSS in Ijaye area of Abeokuta, the state capital according to the report ‘is a bad signal that the entire south west states have been surrounded by these terrorists.”

He emphasised that for the suspected terrorist leader to have come in from Katsina state and take up a security job to act as cover while coordinating kidnapping and terror attacks portends danger for the people of Ogun state and South-west states in general.