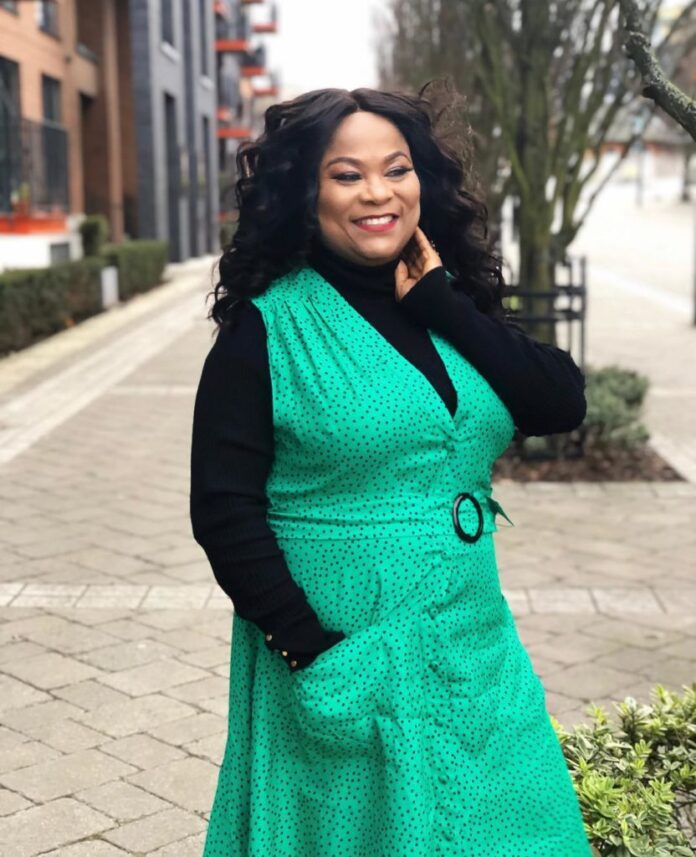 .Sola Sobowale… so good a mother

Sultry actress and Mouka Foam brand ambassador, Sola Sobowale,  has revealed how she had to relocate to the United Kingdom and did menial jobs in order to cater to her children who were schooling there.

She divulged this in the latest episode of #WithChude anchored Chude Jideonwo.

The matronly-looking actress she left a thriving acting career which got her about N5m in months, all to give her children who were then in the universities motherly care and attention in England.

Sobowale narrating some me of the menial jobs she engaged in said while in the UK, she worked multiple “7.5 pounds per hour” jobs like cleaning, cooking, and mopping office floors to make ends meet.

“I went back to England and noticed the kids lack motherly touch. Then I moved to England and forgot stardom,” she told Chude Jideonwo, the media personality.

“Now, all of them are working and they appreciate me for my sacrifice.

“I was practically living in Enugu where I was shooting a movie, ‘Christ In Me’. After the movie, fame came. So I was given another film job. I got over 10 movie jobs so I was stationed in Enugu. And in one location, I spent one week. In that one week, I was on N800,000 and that was in the year 2000.

“So like that, when I was going back to Lagos, I had over N5 million within how many months. The money was blowing.

“So I left that for 7 pounds per hour jobs in England. Then before I could make 1000 pounds I will have to work extra hard. There is nothing this woman cannot do because I know what is called dignity in labour. I will sweep anywhere so far it will put food on my table, cloth on my children, and shelter on my head.

“I swept, cooked, washed, mopped, cleaned offices. Yes, I did all those. The other thing is I wasn’t sleeping. On the train or bus, I make sure I wear my uniform with the name of the company like that.

The actress also known as Toyin Tomato in acting circles, explained that she would allowed her children to attend Nigerian varsities but she was discouraged by the incessant strikes hitting the higher education sector.

She wouldn’t want to subject them such academic torture, and she moved them to London.

“Education is the only legacy you can give your children. So inside me, I said if my children want to go to university they will either go to the University of Ibadan, Ife, or Lagos but unfortunately, the varsities are always on strike. A course of 3 years ends up to be 6 years,” she added.

“So I thought if I can pay this much for primary and secondary, I should be able to for university too. So let my children leave Nigeria, that was why I moved my children to London.” 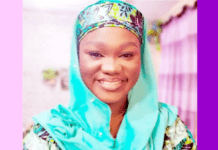 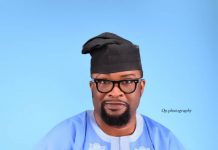 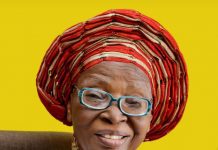