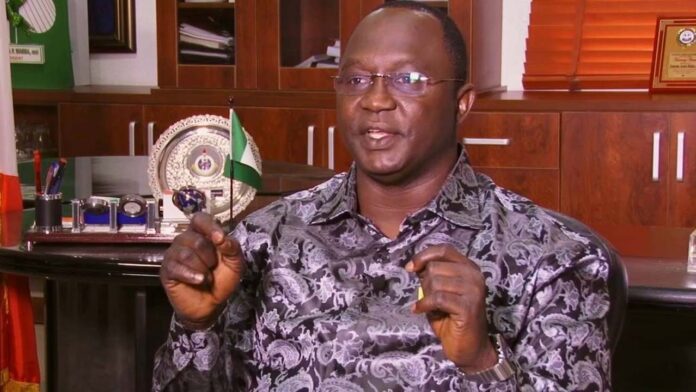 Nigeria Labour Congress has condemned the price tag of N100m placed by the ruling All Progressives Congress for the purchase of the Nomination and Expression of Interest Forms for those aspirants contesting for the highest position of the president in 2023 general elections.

The President of the NLC, Comrade Ayuba Wabba condemned this move during a one-on-one interview he granted Channels Television on its programme ‘Political Paradigm’ monitored by our correspondent on Tuesday in Lagos.

The Labour leader who was responding to a question on the humougous fee placed on the purchase of the presidential forms, said this move indicated that “politics have been privatised and monetised.”

He noted nowhere across the world do they pay as much as such price tag to obtain presidential forms, stating that even in the United States of America “they pay $5,000 for presidential form.”

Feeling more disgusted about the development, the Labour leader said “by this, we are celebrating and abetting corruption.”

Comrade Wabba noted that the focus should be on those who “understand the challenges facing the country and offers solutions to solving them, rather than promoting corruption. It is condemnable.”

He said his friends in some other countries had called him, asking what was wrong with the country over such price tag on purchasing of presidential forms.

Talking about state police, Comrade Ayuba Wabba argued that the country was not ripe for such yet as politicians could use it as a tool of political vendetta to hunt their political opponents.

The Labour Leader whose tenure will end in 2023 explained that for now he has no political ambition, but added that he would consider what to do after his tenure ends.

He said, “In this current political dispensation which culminates in 2023 elections, I am not interested in contesting for any political office because currently I am still the President of the NLC, and my tenure ends in 2023.

“After my tenure ends 2023, no one knows what would happen. For now I remain an advocate of good governance and committed to the issues of workers welfare.”