Nigerian celebrity dancer, Kafayat Shafau, popularly known as Kaffy, says marriage did not really work for her and she has announced her separation from her husband, Joseph Ameh.

According to her, marriage was supposed to be an alignment of destinies but that was not the case in her union.

The mother-of-two said this in a video on her Instagram page on Monday night, which was a snippet from her new podcast.

She however waxed philosophical that divorce or separation was not supposed to be toxic or bitter.

She said, “Marriage is supposed to be an alignment of destinies driving towards a place God wants for them. And mine didn’t really work out that way.

“Rather than looking at somebody as the problem, sometimes you could be the problem of that person.

“Being an enabler of someone’s not being able to do what they are supposed to do can also be that you’re not supposed to be in that space.

“So there was a lot to learn and there’s still a lot more to learn.

“Separation isn’t the end of life for both parties involved. In fact, if you both are honest about why you have to go apart, you will realize how much better life can be,” she wrote.

Kaffy did not rule out reconciliation, if at all it eventually happen.

The dancer added, “Some people make it back, some don’t. What is ultimate is the outcome borne out of love!”

Kaffy used to be married to Joseph, the music director and former drummer for Nigerian duo P-Square and they have two children together.

In her autobiography titled ‘Alajoota – A Kaffy Story’ published in December 2020, she had gave a hint about her marriage going through some hiccups( See Page 241).

Kaffy was born on 30th June  1980. She is best known for breaking the Guinness World Record for the ‘Longest Dance Party’ at the Nokia Silverbird Danceathon 2006. My mother not dead, Iyabo Oko’s daughter cries out 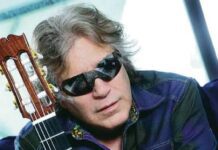 Unveiled: The man behind most popular Christmas song, Feliz Navidad 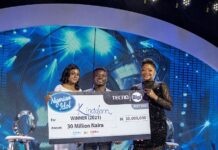 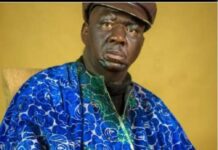