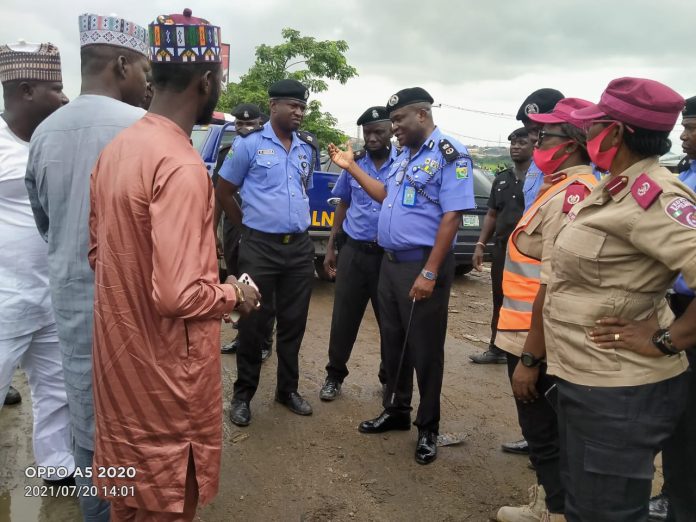 The Ogun State Police Commissioner, Edward Ajogun has warned traders in Kara market to desist from causing gridlock at the Berger- end of the Lagos/Ibadan Expressway.

He gave the warning when he visited the Ojodu -Berger area  to appraise the traffic situation in the axis.

In the few days, there has been serious gridlock at the Berger-end of the expressway, as a result of activities of cattle/ram sellers whose trading activities had been causing obstruction to free vehicular movement in that axis.

Earlier, the Commissioner of Police has ordered the Area Commander, Sango- Ota, the Divisional Police Officer, Ojodu-Abiodun division as well as state traffic officer to move their men to the scene in order to ease traffic congestion in the area

The CP, who visited the scene on Sallah day for on-the- spot assessment with some members of his management team, assured commuters plying the road of their safety.

He also praised his counterpart in Lagos, Hakeem Odumosu, for deploying personnel from Lagos Sate Command to the scene to complement the effort of the Ogun State command.

Ajogun also acknowledged the leadership role of the Assistant Inspector- General of Police in charge of Zone 2, AIG Johnson Kokumo for his relentless efforts to bring succour to commuters plying the road daily.

He there and then warned that henceforth, the command will no longer tolerate any act capable of disrupting free movement of vehicles in any part of the state,  stating that anyone caught in such act will be made to feel the weight of the law.