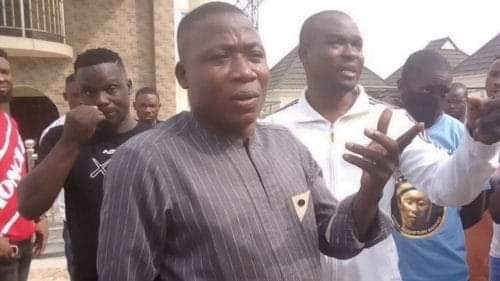 Sequel to the arrest of the Yoruba Nation activist, Sunday Adeyemo popularly known as Sunday Igboho on Monday night, the Yoruba socio-political organisation, Afenifere, has reacted to the purported arrest.

Its National Publicity Secretary, Jare Ajayi, has said the body was studying the implication of Igboho’s arrest.

In a chat on Tuesday, Ajayi said: “We received the report of Igboho’s arrest with a surprise, but Afenifere as a body is studying the situation because the details and consequences of the arrest are still sketchy.

“We need to have details of the legal implications from lawyers.”

Recall that report indicated that the Yoruba rights activist was arrested in the neighbouring Francophone country, Republic of Benin.

He was said to be on his way to Germany when he was apprehended.

Meanwhile, the leader of Ilana Omo Oodua, Prof. Emeritus Banji Akintoye, has said the body was working with a legal team to see that Sunday Igboho was not  extradited to Nigeria from Republic of Benin.