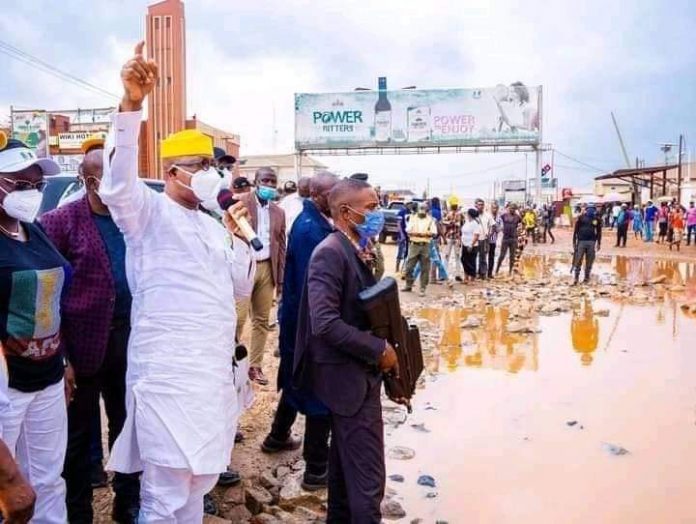 He was confronted by the deplorable condition of the roads – Lagos -Ota- Abeokuta Road and the Sango-Ota -Idiroko Road. 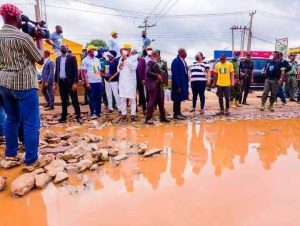 Both roads which are federal roads have become almost impassable, giving motorists, residents and other road users pains and anguish, due to unending gridlocks.

On many occasions, vehicles were usually trapped in the numerous potholes and craters on these roads.

The governor had called on the Federal Government to do something concerning the roads.

Of note, the governor said the Ogun and Lagos state governments had written the FG to hand over the Lagos-Ota-Abeokuta to them for reconstruction but there has been no response.