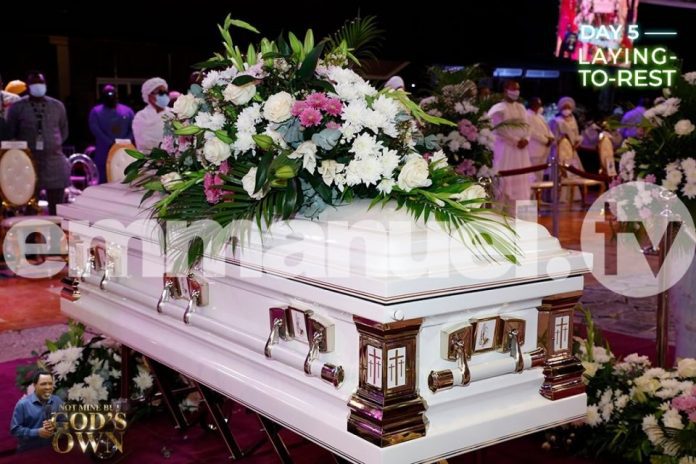 Tears and emotions flow freely from family members, church members and other mourners from across the globe on Friday as the remains of the late founder of the Synagogue of All Nations, Prophet Temitope Balogun Joshua were interred on the premises of his church at Ikotun, Egbe Lagos.

This climaxed a week-long funeral activities for the late cleric.

The governor of his home state, Ondo, Arakunrin Rotimi Akeredolu, wife of the Ooni of Ife, Olori Naomi Ogunwusi, and many other dignitaries were in attendance.

Akeredolu who eulogised the late cleric noted that he impacted the world with the gospel and touched many of his followers and others through charity.

Prophet T.B. Joshua hailed from Arigidi Akoko, in Ondo State, and founded the Synagogue Church of All Nations in 1987.

SCOAN which has its headquarters in Lagos, could sit over 15,000 worshippers per gathering. The church currently has branches in Ghana, the United Kingdom, South Africa, and Greece.

Joshua was one of the richest and philanthropic pastors in Nigeria; he was estimated to worth over $15m in 2011, according to Forbes.