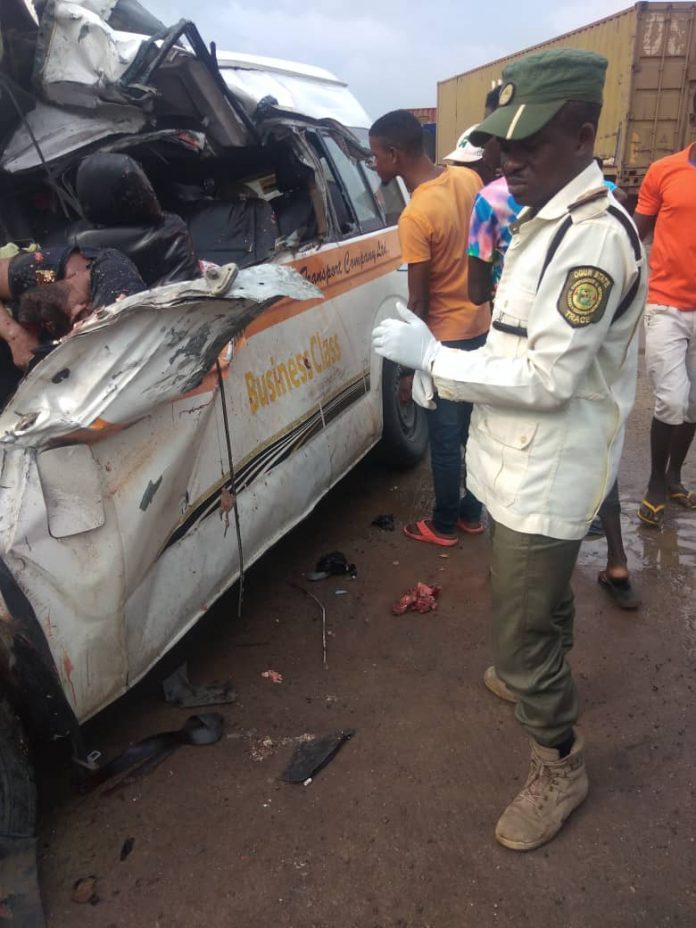 Five passengers died while four others were reportedly injured in an auto crash on Thursday along the Lagos-Ibadan Expressway.

The accident, according to traffic report, occurred around where Christopher University is located and the vehicles involved are a Toyota commercial bus and a stationary truck.

The bus with number plate SPR 373 XA was said to be conveying passengers travelling to Eket, Akwa Ibom State from Ojuelegba, Lagos when it rammed into a stationary truck with number plate DAF GGE 468 XX at the spot.

The Public Relations Officer, Ogun State Traffic Compliance and Enforcement Corps, Mr Babatunde Akinbiyi, said the steering wheel of the bus got locked on motion, while the driver was trying to avoid the stationary truck but rammed into it in the process.

The TRACE spokesman who said the accident occurred at 9.15am, added that three among the injured passengers were in critical condition.

He said the injured victims are receiving treatment at Idera Hospital while the corpses of the dead have been deposited in the morgue of same hospital.