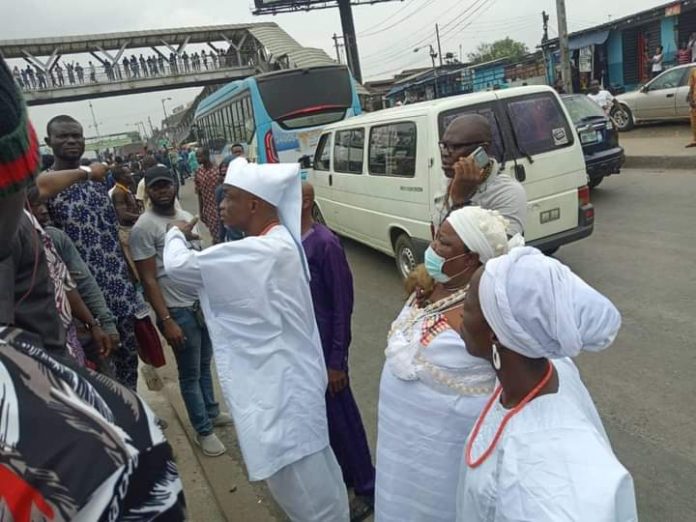 Tragedy struck on Saturday at the precincts of the Gani Fawehinmi Freedom Park, Ojota, Lagos, as a stray bullet allegedly fired by a security operative at the venue to prevent the gathering of the Yoruba Nation protesters killed a girl named Jumoke who sells yoghurt.

Recall that the scenario at the Ojota venue of the protest became rowdy as scores of protesters inched in on the Lagos State Commissioner of Police, Hakeem Odumosu, and his team as he was addressing journalists at the venue.

The interview came to an abrupt end, and few seconds later a water cannon vehicle surfaced and splashed hot water on the crowd, which sent journalists and the protesters scampering for safety.

At a stage, teargas canisters were fired to disperse the protesters.

This happened shortly after a man donning a white cap followed by some women clad in white wrappers and head gears stormed the venue and approached the policemen that they were there for a peaceful protest.

They urged the policemen not to fire teargas canisters or fire any gunshots.

However, shots of teargas canisters were unleashed on the protesters.

By the time the dust settled, there was an uproar at a corner shop nearby where the corpse of the girl was found and her clothes soaked with blood, as her stomach was allegedly ripped open by bullet.