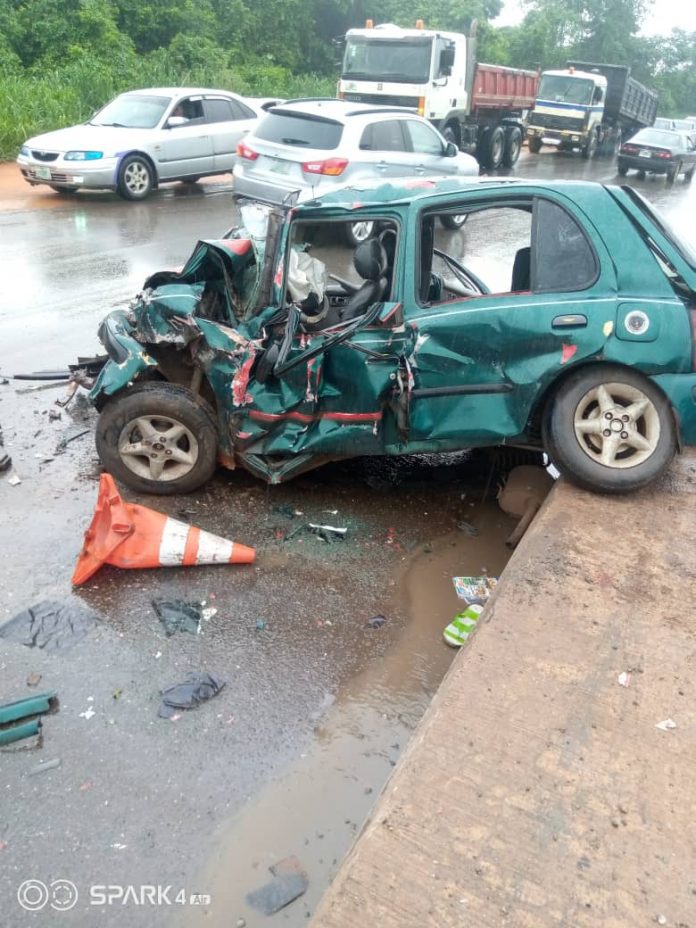 Two persons lost their lives while six others were injured in two separate road crashes in Ogun State on Sunday.

In the first accident which occurred at Imo Emulu village along Abeokuta-Siun- Sagamu Road, a Lexus IS 350 and a Nissan Micra with number plate LSR 816 XA were involved.

According to the Public Relations Officer, Ogun State Traffic Compliance and Enforcement Corps, Mr Babatunde Akinbiyi, the driver of the Lexus IS 350 did a wrongful overtaking which resulted in an head-on collision with the Nissan Micra.

He said it resulted into the death of the driver of the Nissan Micra while six others suffered varying degrees of injuries.

He said the injured are receiving treatment at the Federal Medical Centre, Idi Aba, Abeokuta, while the corpse of the driver of the Nissan Micra has been deposited at a private morgue.

Akinbiyi said the driver of the Lexus IS 350 fled the scene after the fatal accident.

In a separate accident, a motorcyclist was reported to have been crushed by a truck along Ota-Idiroko Road.

The TRACE spokesman said the MAN diesel truck had rolled back on motion as the driver tried to manoeuvre through failed portion of the road and in the process crushed the motorcyclist at the back.

Both incidents reportedly led to gridlock on those axis of the roads.