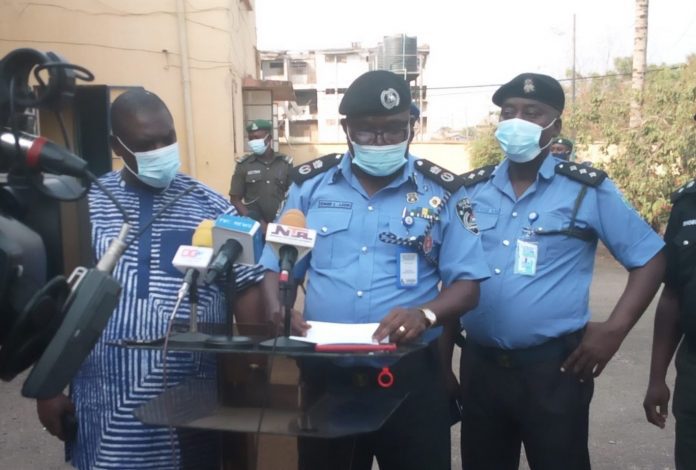 The Ogun State Police Command says it has nabbed a suspect in connection with the alleged murder of a police sergeant attached to Igbeba police station, Ijebu Ode.
The slain cop was  reportedly shot dead by cultists  on Saturday during a clash between cult groups in the area.
This killing reportedly occurred barely four days after an Inspector of police was killed by kidnappers, who  had abducted four Chinese workers  at a village in Odeda axis of the state.
The State Police Public Relations Officer, Abimbola Oyeyemi had confirmed the killing of the sergeant in an interview with journalists on Sunday.
He said the cop was targeted and attacked around 11pm on Saturday.
He, however added the sergeant  was not on duty when he was killed by those he identified as suspected cultists.
He said “It is true a policeman was killed by suspected cultists. But that policeman was not on duty, he was off duty that time.
“I think he was going somewhere around 10:30/11pm on Saturday night when he was killed. He was no longer on duty at that time of the incident.
“A suspect has been arrested. The suspect happens to be a member of the Eiye confraternity.”
Oyeyemi stated further that other members of the gang were still being hunted.
Share on:
WhatsApp