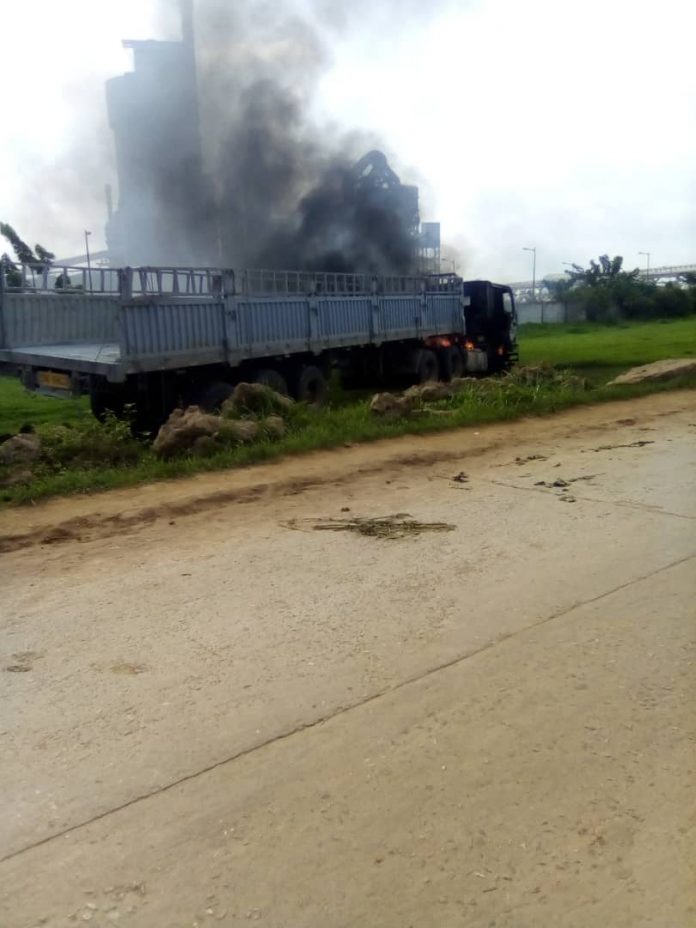 A truck belonging to a cement manufacturing company on Friday evening reportedly crushed a commercial motorcyclist popularly known as Okada and a passenger to death along Ilaro-Ibese Road.

The Public Relations Officer, Ogun State Traffic Compliance and Enforcement Corps, Mr Babatunde Akinbiyi said eyewitness account indicated that the truck “left his lane, faced the oncoming motorcyclist and the passenger, and crushed them to death.”

He added that angry mob who gathered at the scene set the truck ablaze instantly, while the driver escaped death by the whiskers as he fled for his dear life.

Akinbiyi said the case was being handled by the Dangote Plant Police Post.

He explained further that one of the corpse of the victims had been deposited at Ilaro General Hospital morgue, while the other victim had been buried by the family.

While TRACE Corps commiserates with the family of the victims, it advised truck drivers to resist the temptation of reckless and dangerous driving, as well as give consideration to other road users.