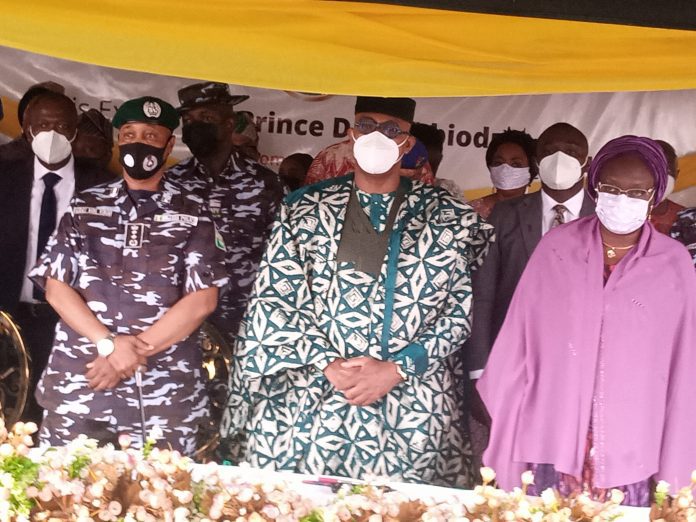 The Inspector-General of Police, Usman Baba has warned criminals and other hoodlums formenting trouble in the land to stop their acts as the police are battle ready to deal ruthlessly with them.

He said this on Friday in Abeokuta shortly before receiving patrol vehicles, trucks, helmets and bullet proof vests bought for the police by the Ogun State Government.

At the ceremony held at the Arcade Ground, Oke Mosan, Abeokuta, the IGP who commended the state governor for the equipment and gadgets, noted that without mobility and communication gadgets, policing would be difficult.

While he said security was everybody’s business, he added that the equipment came at the right time, and it would assist the security agents to upscale their game in providing security for lives and property. 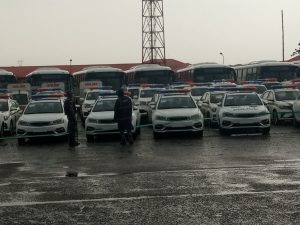 Baba who further noted that Ogun State was one of the peaceful states in the country, attributed this to the security consciousness on the part of the governor by investing in security.

Baba said, “Security is everybody’s business; we appreciate you for making our jobs easier by giving us tools to work with.

“No security outfit in the world can succeed without mobility and communication gadgets. The body armour will give personnel the courage to confront crimes.

“This will go a long way in ensuring the security of lives and property in Ogun State.

“I want to assure that we will be ruthless on those posing a serious security threat to the peaceful coexistence in the country.”

While handing over the equipment, Governor Abiodun noted that a breach of security by anyone could be regarded as an act of sabotage.

Thus he warned criminal elements in the state to change their ways, as he vowed that his government would smoke out criminals wherever they were and prosecute them to serve as a deterrent to others.

He had warned, “We will find you, we will smoke you out, we will arrest you and you will face the fullest extent of the law.”

Abiodun said his administration had continued to engage the youth in the state and providing them with employment.

He said his administration had procured no fewer than 60 different patrol vehicles, 200 helmets, 200 bullet proof jackets, 200 motorcycles among others, which he later handed over to the IGP.