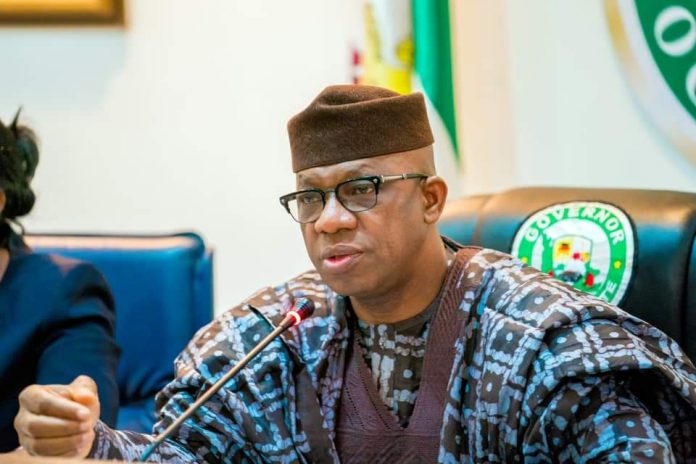 He made the admonishment in his remarks at the MKO Abiola International Stadium, Kuto, Abeokuta at a ceremony to mark the 2021 June 12 Democracy Day.

June 12 1993 was a watershed in Nigeria’s history, when late Chief MKO Abiola was the acclaimed winner of the presidential election that was annulled by the Ibrahim Babangida-led military administration.

The governor who noted that as Nigerians, it was  better to live in unity for the development and emancipation of the country, said the best way to immortalise and celebrate MKO Abiola and June 12, particularly, at this time of national life, was to build bridges of unity and not to bring down the country.

He said, ”We should think Nigerian and not sectarian. We should not limit that mandate and success to 1993. We must ensure that the hope is kept alive. We cannot afford to bring down our country or show despair in our future.

“We are only consoled by the re-introduction of democracy in 1999 and the fact the nation has enjoyed the longest and uninterrupted democratic experience since then.

“However, we must also acknowledge that, like every human endeavour and system, our democracy is not perfect. Our democracy is still a work in progress.

“MKO Abiola and his mandate should serve as a reminder to all of us that we are stronger together as a nation. He broke all barriers such as religion and ethnicity that are being used in Nigeria today to divide us.”

Governor Abiodun explained that June 12 represented what would reinforce  the country’s unity, indivisibility and oneness.

“As we celebrate June 12, we must also not forget to pay tributes to the heroes of the struggle for the actualisation of June 12 after the annulment of that election.

“Nigerians came out en masse to protest a dashed hope. Many suffered degrees of deprivation, incarceration and some even paid the supreme price.

The governor the spoke of his commitment to ensure security of lives and property in every part of the state, while adding that there would be no hidding place for criminals and criminality in whatever form.