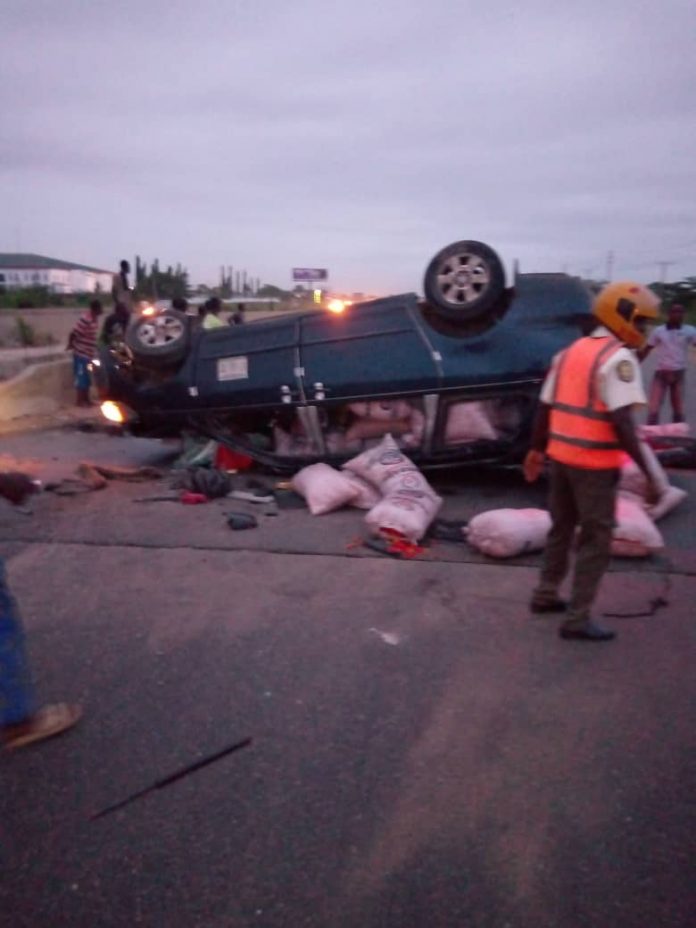 Driver of a Toyota Sienna SUV has reportedly died while two other occupants of the vehicle sustained varying degrees of injuries in the accident which occurred in front of Christopher University along the Lagos-Ibadan Expressway on Tuesday.

The vehicle with number plate KMR 508 XA loaded with bags of foodstuffs and other goods was said to have had one of its front burst while on motion, and it summersaulted in the process, throwing its content on the road.

While he said the car was travelling to Lagos, the TRACE spokesman added that all those involved were all males.

Akinbiyi explained that the corpse of the victim had been deposited in the morgue Idera Hospital, Sagamu while those injured were receiving treatment in the same hospital.

While the TRACE Corps commiserates with the family of the deceased, it advised motorists to desist from buying fairly-used tyres (tokunbo tyres), in view of its attendant consequences. 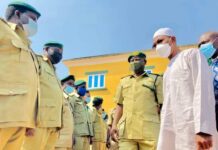 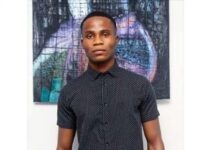 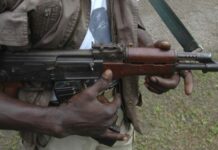 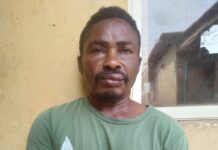