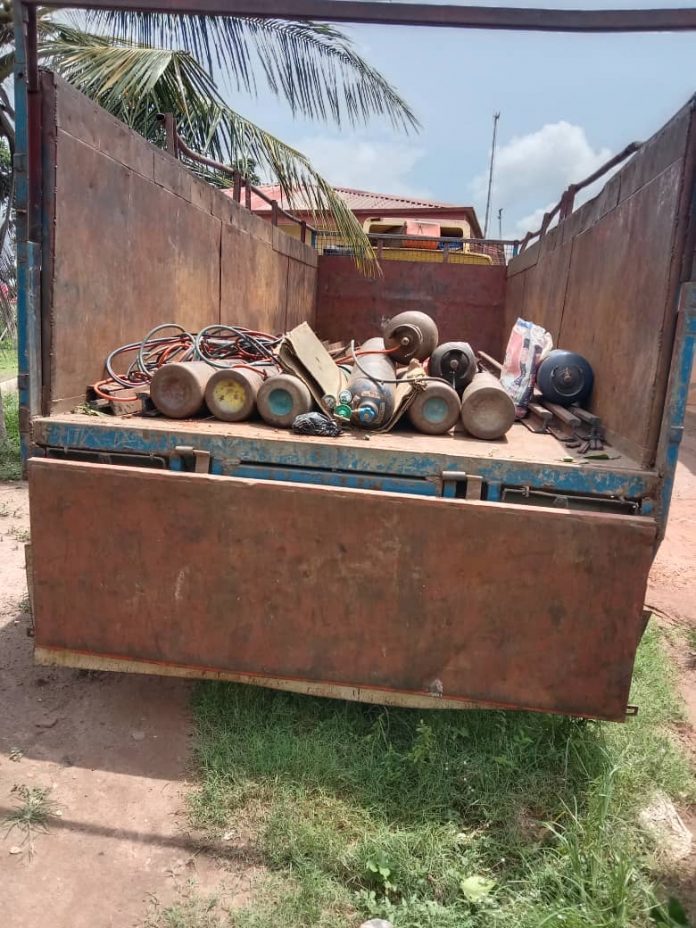 Operatives of the Ogun State Police Command say they have arrested six suspects on Sunday for vandalizing railway lane at Oteyi area of Ibogun in Ifo Local Government Area of Ogun State.

The suspects, according to the police are Taiwo Ismaila, Egbekunle Abiodun, Abdullah Sanni, Nuru Ibrahim, Wasiu Aweda and Babatunde Sikiru.

The state Police Public Relations Officer, Abimbola Oyeyemi said the suspects were arrested following an information received by the the Divisional Police Officer, Ibogun, Samuel Oladele, that vandals were removing some rods along the rail lane.

He said as soon as Oladele, a Chief Superintendent of Police, got the information, he led his men to the scene where the six suspects were promptly apprehended.

Meanwhile, the state Commissioner of Police, Edward Ajogun has ordered the transfer of the suspects to State Criminal Investigation and Intelligence Department for further investigation and diligent prosecution.