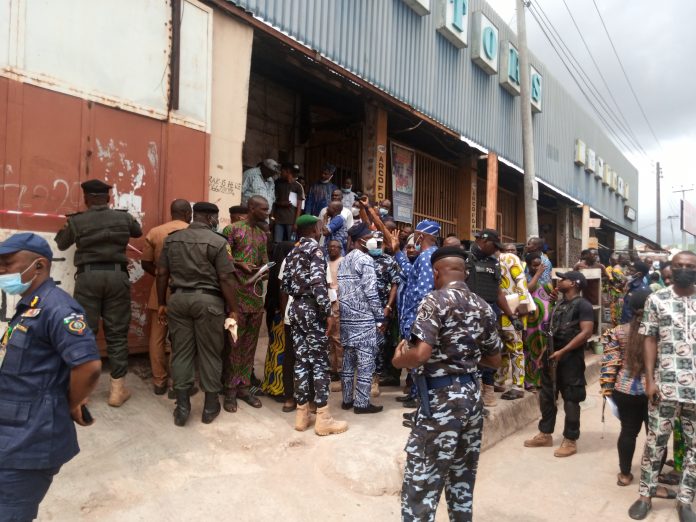 Two persons were again injured in another gas explosion which occurred at Onikoko area of Abeokuta on Friday.

Our correspondent who visited the scene of the incident gathered that an industrial gas belonging to a construction company kept in its garage exploded throwing expletives which injured the victims.
An iron splinter from the exploded gas cylinder flew to about 200 metres inside St. Leo’s College, Onikoko, and hit one of the victims who’s a woman on her chest, injuring one of her breasts.
The effect of the explosion was seen on nearby buildings, shattering wall and glasses.
Meanwhile, the state government has sealed off an industrial gas retailing depot at Omida.
The state Government officials who visited the depot included Commissioner for Special Duties, Femi Ogunbanwo, Special Adviser to the governor on Environment, Mr Ola Oresanya, and Permanent Secretary, Ministry of Environment, Engr Rasaki Ojetola among others.
Details later
Share on:
WhatsApp