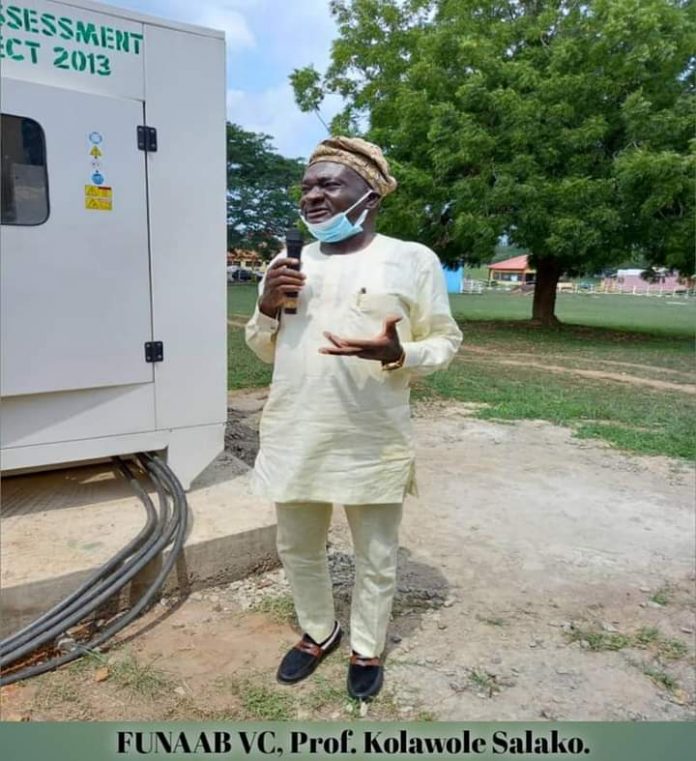 In a bid to provide uninterrupted power supply at the Federal University of Agriculture, Abeokuta (FUNAAB), Ogun State, the Prof. Kolawole Salako-led administration has unveiled a 500 KVA soundproof generator for the use of the institution.

Speaking at the event, Prof. Salako said the unveiling was significant, being the third major generator that was newly-acquired by the institution, between January and May 2021.

He said the purchase of the generators would ensure seamless conduct of examinations and urged members of staff to take interest in the development of FUNAAB.

The Vice-Chancellor who was joined by other principal officers charged the Assistant Chief Environmental Officer of the institution, Mr Bolarinwa Peter to be vigilant in securing the newly-acquired generator. 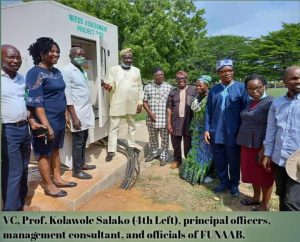 On her part, the Deputy Vice-Chancellor (Academic), Prof. Bolanle Akeredolu-Ale commended the visionary capabilities and administrative acumen of the Vice-Chancellor.

She commended Prof. Salako for being proactive in providing the generator for the use of the University, assuring that they would put it into good use for the overall benefit of all.

Also at the event, the Deputy Vice-Chancellor (Development), Prof. Clement Adeofun said with the procurement of such generators, the University had been able to surmount the challenges of epileptic power supply.

He said good leadership required courage and being decisive when it mattered most, adding that the Vice-Chancellor had been able to take decisive actions that had led the University to be on the right track.