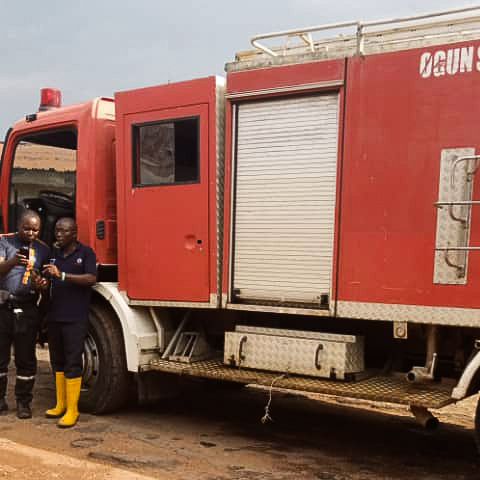 The management of the Olusegun Obasanjo Presidential Library has confirmed that a technician lost his life while his colleague was injured at the main event Marquee of the complex in Abeokuta due to gas explosion on Thursday.

This confirmation was contained in a statement signed by the Managing Director, OOPL, Mr Vitalis Ortese, a copy of which was made available to our correspondent.

He said the explosion occurred when the technicians were carrying out routine servicing of the air-conditioning units inside the Marque.

While Ortese added that the sad event occurred at 11.04am, he explained that the emergency team of the Library immediately took action to prevent further damages and subsequently moved the injured to the hospital.

“The explosion, which occurred at about 11.04 am, unfortunately, led to the death of a technical vendor and serious injury of the second vendor,” he said

“Visitors into the complex were temporarily limited to contain any fallouts from the explosion. This has, however been restored after clearance by the fire services authorities.”

The OOPL MD assured that all staff, visitors, and guests and pupils of a school within the complex at the time of the incident are safe.

He stated, “The management assures that all visitors to the library, guests at the Green Legacy Resort, the pupils at the CCGK nursery and primary school, clients at the cultural villages, and staff present on the premises at the time of the incident are safe.”

Ortese noted that there had been reports of similar incidents across the state in the last one week, and called for investigation by the appropriate authorities.

The OOPL management condoled with the families of the victim that died, while it sent a get well message to the injured.

It promised to keep to global safety best practices and wish visitors a good and memorable stay at the OOPL.

This incident came less than 48 hours after two persons lost their lives in another gas explosion at Conference Hotel, Abeokuta located directly opposite the OOPL.

No fewer than 10 persons have lost their lives in different gas explosions across the state in the last two weeks.