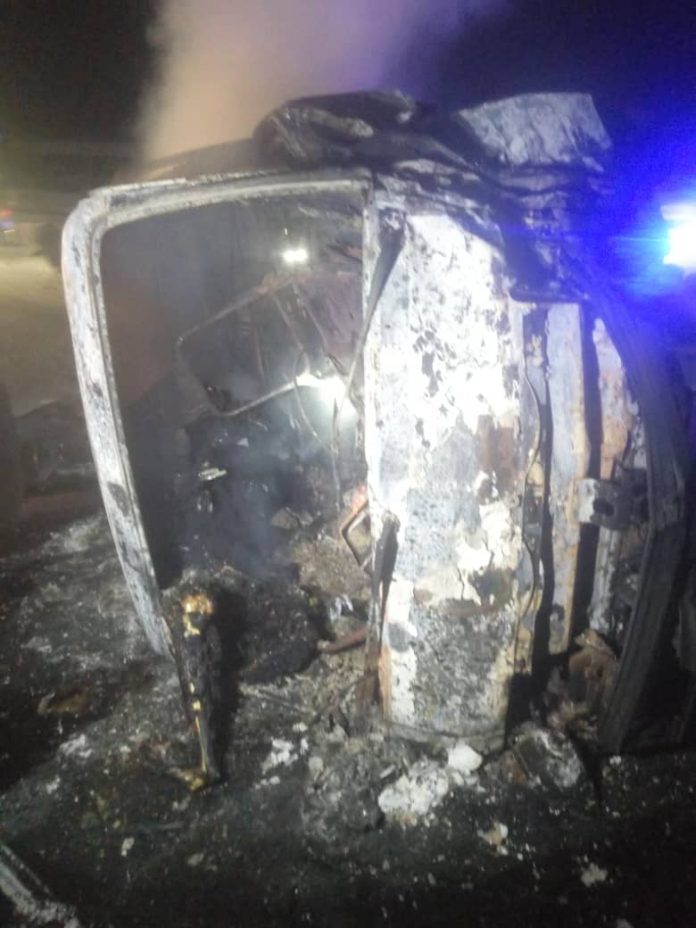 Fourteen passengers including three children travelling in Mazda commercial bus were burnt beyond recognition on Thursday night when the bus ran into a stationary Toyota RAV 4 on the Long bridge along Lagos-Ibadan Expressway.

The bus reportedly sumersaulted and burst into flames.

Three others also suffered varying degrees of injuries in the multiple accident which involved another Toyota Camry.

He said the driver of the ill-fated bus engaged in wrongful overtaking before it rammed into the stationary Toyota RAV 4 with number plate LND 13 GS, and in the process the vehicle sumersaulted.

Akinbiyi added that the incident was reported at the Warewa Divisional Police Command.

He said, “Preliminary investigation revealed that the burnt commercial bus was involved in wrongful overtaking before it ran into a stationary vehicle (Toyota RAV 4), parked in the middle of the road due to breakdown.

“In the process it lost control, somersaulting severally before it burst into flames.”

Akinbiyi added that two of the injured passengers were receiving at the Lagos State Accident and Emergency Centre while one other was rushed to the General Hospital, Gbagada, Lagos.

While theTRACE commiserated with the family of the victims, it warmed drivers to desist from speeding, wrongful overtaking and non-challant attitude that expose other road users to risk and danger..