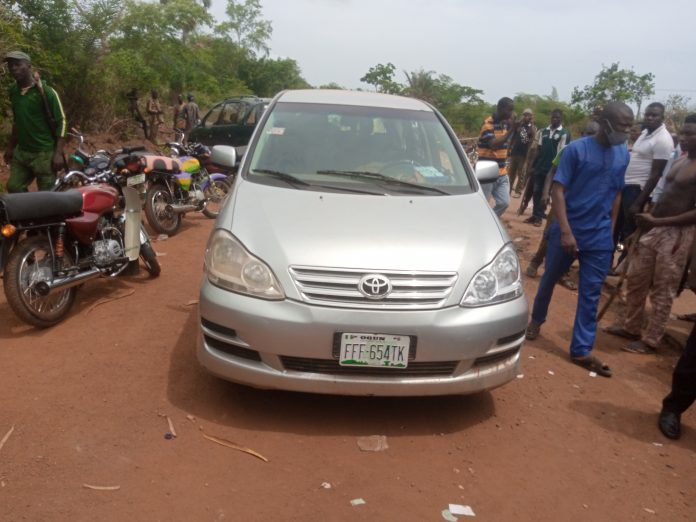 The Residents of Olubo, Idi emi, Imeko-Afon, Ilara are currently protesting on the road, blocking vehicular traffic, which left so many travellers on the road stranded.

This is coming less than a week after a businesswoman, Roselyn Edusi and her guest were abducted in Omu, Ofada in Obafemi-Owode Local Government Area of the state.

Our correspondent gathered that five other passengers who were travelling in the same Toyota Avensis Commercial SUV with number plate FFF 654 TK were however spared.

Two of those spared, Iswat Akewugberu and Rofiat Oladeinde who spoke to our correspondent said the incident occurred around 8pm on Tuesday night.

They said they were accosted by four gunmen, who shot into the air repeatedly.

They said they abducted the driver and three women who were selected randomly among the passengers.

They said the abductors spared one Fulani and two Hausa passengers among them.

Oladeinde said in Yoruba, “They collected our money and our handsets before they led the captives into the forest.”

Meanwhile, the Assistant Commissioner of Police, operations of the state police command, Muritala Bolanle had arrived the spot where the victims were abducted.

He arrived the scene at exactly 12 noon in a police helicopter marked 5N-GEJ, promising that they would arrest the abductors.

He said, “We are going after the abductors, that is why we are here. We shall definitely get them.”