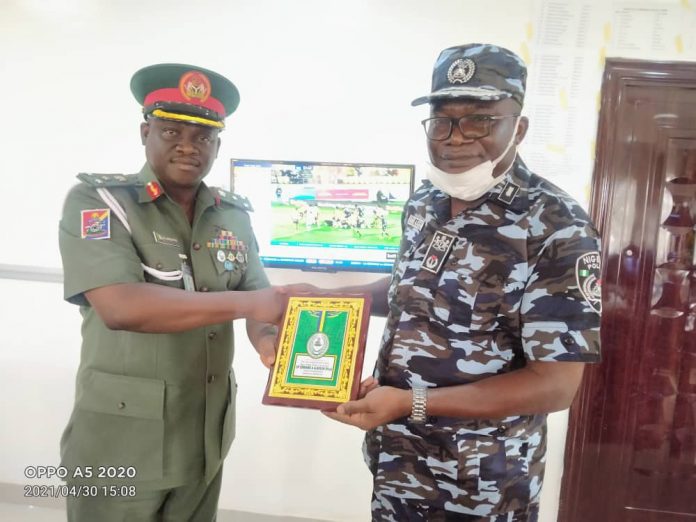 The Commissioner of Police, Ogun State Police Command, Edward Ajogun on Friday sought for the cooperation of the military in its efforts to rid the state of crime and criminality.

He made the call when the newly-posted Brigade commander 35 artillery Brigade, Brigadier General Adewale Adekoya paid him a courtesy visit in his office at Eleweran, Abeokuta.

The Brigade commander, who expressed readiness to work with all security agencies in the state commended the good working relationship between the police and the military in the state.

He noted that such healthy relationships “is what the country needs to checkmate the activities of those making life difficult for the good people of Ogun state in particular and Nigeria in general.”

Responding, Ajogun enumerated the various achievements of the command in stemming the tide of violent crimes in the state such as recent arrest of kidnap syndicate responsible for series of kidnap cases within the state.

The CP reiterated the command’s resolve to work in collaboration with other sister agencies, including the military, in order to rid the gateway state of criminal elements.

He noted that “all security agents are working towards the same goal, which is to protect the life and property of the citizenry.”