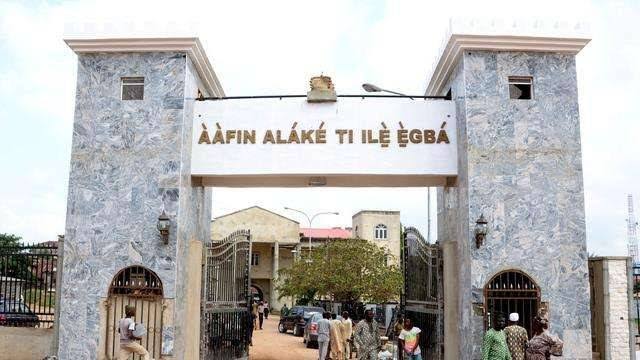 A palpable tension pervaded the atmosphere around the Ake palace, Abeokuta on Saturday as pro-Yoruba nation agitators marched through the area, and 11 of them were arrested by the men of the police state command.

Security operatives had manned strategic points in the state in a bid to prevent the proposed rally by the agitators, in addition to aerial surveillance by police helicopter.

Few days ago, the state police command had released a statement through the state Police Public Relations Officer, Abimbola Oyeyemi, warning the organisers of the rally to shelf the idea, as the command would not tolerate such.

The command averred that the organisers of the rally “are being sponsored by certain individuals outside the State and the country to destabilize Ogun State.”

Abimbola Oyeyemi added that the proponents of the Yoruba nation had earlier held series of rallies in the different parts of the state, “but the command would not perpetually stand by and watch public conducts of some citizens hold others to ransom and threaten the corporate existence of the country

“The Command therefore, wishes to appeal to the leaders of this group to shelve the idea of staging another public rally in any part of the state for now, as such is capable of undermining the relative peace being enjoyed in the entire State.”

However, on Saturday morning, a pro – Yoruba nation group, Ilana Omo Oodua, hit the streets of the state capital on a rally.

The procession passed in front of the Ake palace, despite the presence of heavy security men, with solitary songs blaring from the speakers attached to moving vehicles.

The procession which comprised young men and women, headed towards Adatan area of the metropolis.

The state police spokesman told our correspondent that they only arrested “11 of those who gathered at the Ake palace vicinity as early as 6am.”

Oyeyemi said before now there had been threats by some of pro-Yoruba nation agitators to attack the Ake palace, Abeokuta.

He said, “We arrested 11 of them. Later some of them came to the Eleweran headquarters and wanted to attack the police headquarters, they were dispersed. “

He, however, said the state Commissioner of Police, Mr Edward Ajogun, had ordered that those arrested be released “and they have been released.”