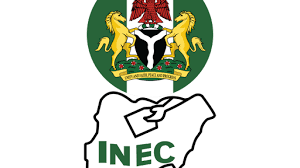 The one-day programme, was held on Wednesday at the State Office of the Commission, Magbon, Abeokuta.

In a statement signed on behalf of INEC’s Resident Electoral Commissioner by the state Head of Voter Education and Publicity, Mrs Tadese Adenike, said the training became necessary in order to enhance access to Polling Units in Nigeria which were established 25years ago in 1996.

She added that other objectives of the exercise are to expand voter access to polling Units by converting existing Voting Points and Voting Points Settlements into Stand-Alone Polling Units and where necessary, relocating new and existing Polling Units to places where they are closer to or more accessible to voters and the Commission.

The release said the training was also to “decongest existing Polling Units by reducing the number of voters per Polling Unit.”

She said this move would continue to improve the quality of electoral services provided to Nigerians, and the health and safety conditions at Polling Units during elections in order to comply with COVID-19 Protocols.

She added that it would also address declining voter turnout at elections due to lack of access to Polling Units.