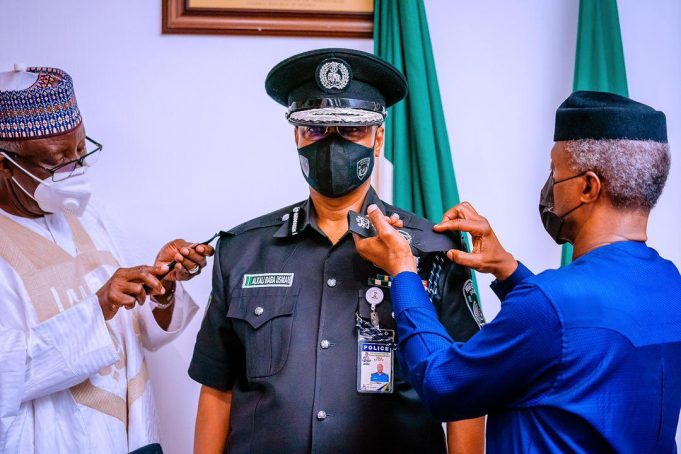 This medium had it on good authority that the event took place at the State House in Abuja on Wednesday.
Recall that President Muhammadu Buhari had announced the appointment of Baba through the Minister of Police Affairs, Maigari Dingyadi on Tuesday.

He replaced Mohammed Adamu who the president had on the 4th of February, extended his tenure as the IGP for three months out of which the erstwhile police boss had spent two months and three days.

Adamu was in Imo State assessing the extent of destruction by gunmen to police formations and correctional facility when he was removed from office.