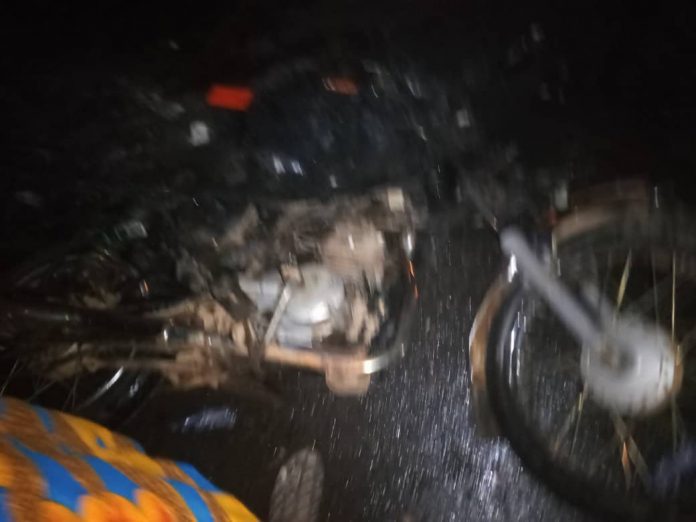 Three persons were crushed to death in an accident involving a truck and a motorcycle around Abiola way closer to Iyana mortuary in Abeokuta.

According to the Public Relations Officer, Ogun Traffic Compliance and Enforcement Corps, Mr Babatunde Akinbiyi, the accident occurred on Friday around 8pm.

He said the truck driver sped off after the tragic event.

Akinbiyi said the motorcyclist with two passengers, according to eyewitness,  in an attempt to overtook the trailer, lost control and got crushed.

He added that the three of them died instantly at the spot.

The TRACE spokesman, however said the remains of the deceased had been deposited at the morgue of the state hospital, Ijaiye in Abeokuta.

He appealed to motorists to drive  with caution and always obey traffic rules and regulations.