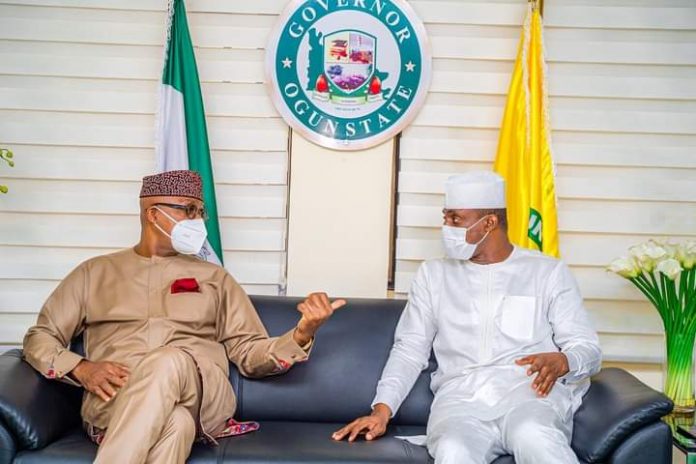 Former Speaker of the House of Representatives, Dimeji Bankole on Thursday paid a courtesy call on the Governor of his home State, Ogun, Prince Dapo Abiodun.

The meeting which started as soon as the former two-term lawmaker arrived the Oke-Mosan secretariat around 4:12pm, the two leaders went into a closed-door meeting that lasted for about two hours.

Also at the meeting was the Senior Special Adviser to the Governor on Political Matters, Tunji Egbetokun.

Recall that the former Speaker defected to the ruling All Progressives Congress last week.

He, alongside another decampee and former Governor of Ogun State, Otunba Gbenga Daniel, who was the Director-General of the Atiku Abubakar Presidential campaign organisation also visited President Muhammadu Buhari on Monday.

Both decampees made the list of the 65-member Strategy and Contact Committee of the APC inaugurated on Tuesday by the chairman of the Caretaker Extra-Ordinary Convention Planning Committee and Yobe State Governor, Mai Mala Buni in Abuja.

When accosted by journalists on the purpose of his visit, the former Speaker was evasive, saying: “Yes, I was in the building. I met with the Governor.”

When asked of his impression of the Government of Dapo Abiodun, he quipped: “So far, so good.”

When asked of what he’s bringing to the APC, he said, “You would soon found out” and left in his black Lexus 570 jeep that carried no number plate. 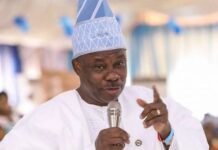 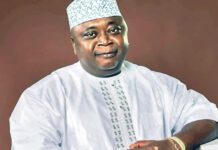 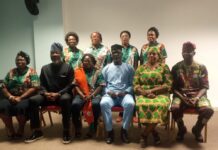 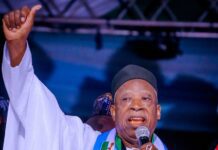 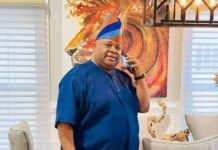 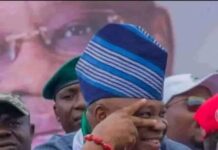