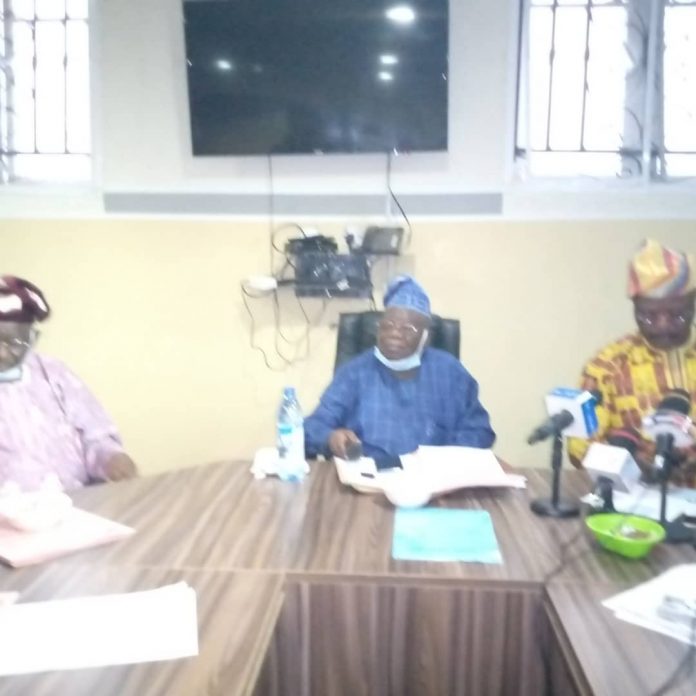 The Nigeria Union of Pensioners, Southwest zone has rejected the bill proposing the removal of workers’ salaries and wages from the exclusive list, and putting it under concurrent list.

They said this on Thursday in Abeokuta after having their bi-monthly meeting.

The meeting was attended by pensioners from Ogun, Oyo, Ekiti, Osun, Ondo and Lagos states

The Public Relations Officer of the body, Mr Olusegun Abatan who spoke for the pensioners’, said workers begging FG GB b by my suffer untold hardship if the bill scaled through.

The pensioners lamented that the bill if signed into law would not only empower state governors to intimidate, maltreat and punish workers, but would also worsen the already pathetic plights of pensioners across the country.

Abatan explained that it was quite insulting and out of common sense and logic that every point in time workers and pensioners are left to bear the brunt of mis-governance in Nigeria.

He said some state governments in the zone are owing pensions and gratuities.

While he listed Ogun, Ondo, Osun, and Ekiti as states that are still owing varying years of pensions and gratuities, he appealed to the governors of the states to make pensioners’ welfare a priority.

H said the Federal and some state governments had refused to implement the 33.4 per cent pension increment since 2010.

“As I speak with you, Ondo state is owing its pensioners from November 2020 to date and we want to appeal to governor Rotimi Akeredolu to address the issue of non payment pensions of our members in Ondo state promptly.

“We don’t want to believe that the pension of our members is being used for non -essential pension matters.”

Abatan said the national body of the union has given the Federal government a 21-day ultimatum to address the pension increase, “otherwise pensioners will go on the streets to demonstrate.

“Ogun state like other governments in the nation has violated and still violating the constitutional provisions of the Federal Republic of Nigeria 1999 as amended section 210(3) where it is stated that pension should be increased concomitantly as wages of workers are increased.

He accused the Osun state government of selective payment of gratuities to pensioners.