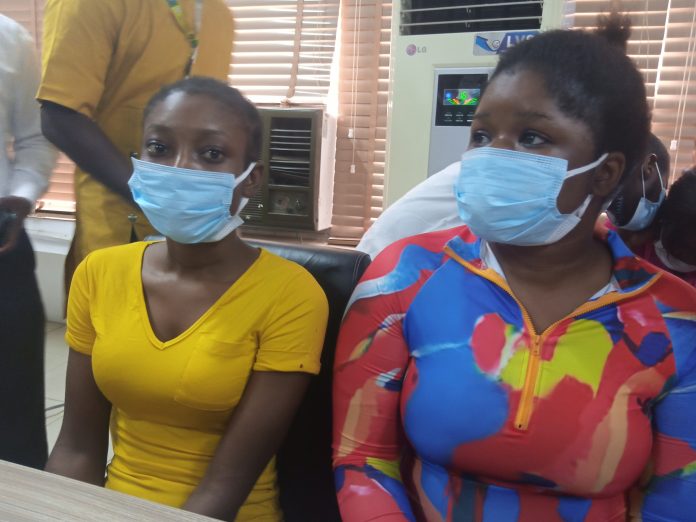 Ogun State Governor, Prince Dapo Abiodun said he had sleepless nights over the abduction of the two female students of the Olabisi Onabanjo University, Aiyetoro Campus.

The governor said this on Wednesday at Oke Mosan, Abeokuta state secretariat when the rescued students were presented to him and journalists.

The two students, Adeyemo Precious and Oyefule Abiola studying Forestry and Wildlife Management and Agricultural Economics respectively were abducted at about 9pm on Sunday when the attackers stormed Igbole Aibo Quarters area of Ayetoro, in Yewa North Local Government Area of State.

They were, however, rescued on Tuesday night around 9pm by the men of the Ogun State Police Command.

Earlier that day, the governor had issued a marching order to the security agencies in the state to ensure that the students were rescued unhurt and their captors arrested.

The Governor who was represented by the Commissioner for Information and Strategy, Alhaji Waheed Odusile, said as a father, he was personally touched by their ordeal, hence he had to activate all the state’s security apparatus towards ensuring that the students were rescued unhurt.

The governor who had ordered the beefing up of security in all schools including tertiary institutions in the state, said his administration was committed to ensuring security of lives and property.

While he also advised residents and students alike to also take personal responsibility towards ensuring their safety, he warned whosoever tried such evil practice again would regret it.

He said his administration had rejigged the state security fund and made it private-sector driven and had provided patrol vehicles, motorcycles and communication gadgets to security agencies.

The governor said no ransom was paid to anyone before the students were released.

In her comments, the state Commissioner for Health, Dr. Tomi Coker said the rescued students had undergone medical examinations, and added that “they are in good state of health but they may be treated for bruises as they were taken through the woods.”

The Commissioner for Education, Science and Technology, Prof.Abayomi Arigbabu said he had “scheduled a meeting with heads of state-owned tertiary institutions to discuss security matters with them soonest.”

Journalists were barred from interviewing the rescued students and their parents who accompanied them also refused to grant press interviews.