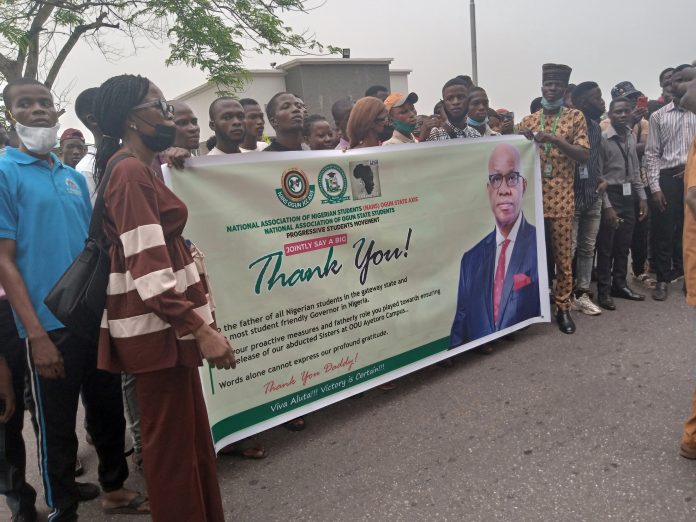 Scores of members of the National Association of Nigerian Students, Ogun State axis and National Association of Ogun State Students  stormed the Oke Mosan, Abeokuta Governor’s office around 12.20pm to say thank you to the governor, Dapo Abiodun, for ensuring the release of the two abducted students of the Olabisi Onabanjo University Ayetoro campus.

They described the governor as the “most students-friendly governor.”

The news of their release was broken to the public by Governor Dapo Abiodun late Tuesday night on his twitter handle.

Their release came almost 72 hours after they were kidnapped and less than 24 hours when the governor gave marching orders to the security agencies in the state to rescue the students unhurt and arrest the perpetrators of the kidnap.

The Governor commended the Ogun State Command of the Nigeria Police and other security agencies involved in the exercise.