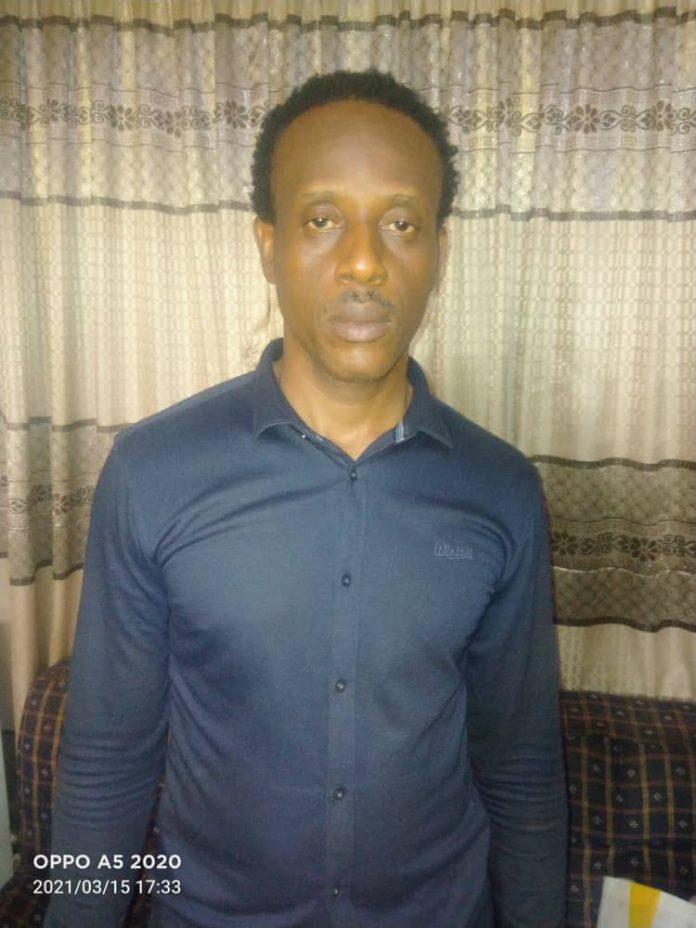 The men of the Ogun State Police Command say they have arrested a lecturer in the Department of Business management at the Covenant University, Ota, Dr. Stephen Ukenna for forcefully having unlawful carnal knowledge of a 17-year-old student of the school (name withheld).

According to the police, the suspect was arrested on the 11th of March 2021.

He said the parents of the victim had reported that “their daughter called them on the phone from the school that she was invited by the lecturer to his office on the fateful date under the pretence that he wanted to plan a surprise birthday party for her close friend.”

But according to the parents story, the victim said on getting to the lecturer’s office, he locked the office door from behind and forcefully had sex with her on top of the table in his office.

Oyeyemi added that armed with the report, the Area Commander Ota, ACP Muyideen Obe swiftly deployed his Juvenille Welfare Centre team to the school where the randy lecturer was promptly arrested.

He explained that during interrogation, “the suspect admitted having carnal knowledge of the victim, but was unable to give any reason for his action.”

Meanwhile, the state Commissioner of Police, Edward Ajogun has ordered the immediate transfer of the suspect to the State Criminal Investigation and Intelligence Department for further investigation and diligent prosecution.