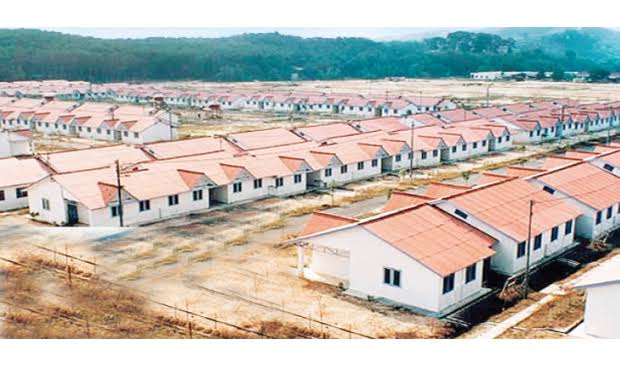 The Federal Government and the Ogun Government met on Thursday in Abeokuta to conclude plans for the construction of 500 housing units for victims of the 2018 flood incident in the state capital.

The News Agency of Nigeria recalls that a flood resulting from a heavy downpour wreaked havoc in parts of Abeokuta on July 13, 2018, destroying many houses and other property.

Vice-President Yemi Osinbajo, who visited the affected areas after the incident, had promised that the Federal Government would help to find permanent solutions by providing houses in safer places for the victims.

NAN reports that the meeting followed a visit on Wednesday by NEMA and Ogun government officials to the proposed site at Soyoye area, in the Abeokuta-North council area donated by the Ogun government.F

Fagbemi had told journalists at the site that the Federal Government planned to build 500 units of 2-bedroom houses to accommodate the victims.

He also assured that the project would be implemented through direct labour for the benefit of the host community and would be completed within six months.

He said the meeting became necessary to explore areas of collaboration, adding that the state government was expected to clear the land and also provide other amenities such as schools, markets and hospitals in the community.

According to him, the same gesture is ongoing in Katsina State, “where the project is moving on very fast in the state”.

Meanwhile, the Secretary to the State Government, Tokunbo Talabi, who led the state team, commended the Federal Government for the support.

Mr Talabi assured the Federal Government delegation of the support of the state government.