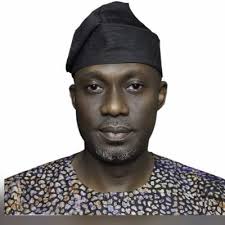 The Manufacturers Association of Nigeria has said most of its members are yet to access the N1tn COVID-19 stimulus package put together by the Federal Government for manufacturing sector and import substitution purposes.

The Director-General of MAN, Mr Segun Ajayi-Kadir, disclosed this in a statement made available to our correspondent in Lagos on Friday entitled ‘Comment of MAN on CNN intervention fund for manufacturers and Naira for dollar scheme.’

While quoting the Central Bank of Nigeria, he noted that only 76 companies have received N300bn from the fund, which he said “translates to 30 per cent in one year.”

Kadir said the members alleged that Participating Financial Institutions and Deposit Money Banks “are claiming that they have not received the framework for the administration of the facility from the CBN.”

The MAN DG further said  the inclement macroeconomic environment in Nigeria had constrained the performance of the manufacturing sector, particularly, with the high and rising inflation rate, double digit lending rate and unfavourable exchange rate parity.

He added, “The regulatory environment is harsh and induces high business operating cost in the economy. There is also infrastructure deficit which our businesses contend with.

“As a result of the high cost business environment, the manufacturing sector has persistently suffered low-price competitiveness as plethora of close substitute to Nigerian-manufactured products are officially imported into the country while some others are smuggled in through the land borders.”

Kadir explained that that was why the Central Bank of Nigeria created several development funding windows with “single digit” interest rates to support real productive businesses including manufacturing.

He, however noted that the various CBN funding windows “are commendable but the poor implementation hinders the attainment of the noble objectives of these funds. Manufacturers hardly access these funds!”

Kadir suggested ardent enforcement by the CBN to ensure that the PFIs and DMBs grant transparent and effective access of its intervention funds to manufacturers.

Talking about the newly introduced ‘Naira 4 Dollar’ scheme by the CBN, he said this latest measure “suggests that the CBN is taking a closer look at forex supply, incentivising it through diaspora dollar remittances to ramp up supply and help stabilize the forex situation of the country.”

He said, “I believe that the CBN will work with the IMTOs and the deposit money banks to deal with the remittance infrastructure challenges, as well as the cost.

“In the face of it, the scheme should encourage Nigerians working abroad to remit more into Nigeria and thereby improve the forex inflow.”

He, however, called for a new dimension to the scheme, in order to yield more of the anticipated inflow for investment in productive activities.

Kadir suggested that the CBN would have to work with the banks and other relevant government agencies to initiate portfolios and measures to point the remitters in that direction.

He said “there is also the need to consider where the domestic foreign exchange earners stand within the context of this scheme.

“For instance, could a manufacturer who exports his product and repatriates his dollar profit, get his money in dollars and also benefit from the Dollar 4 Naira Scheme?

“This way, you can guarantee almost a 100% re-investment in production and reap all the attendant benefits and even partly make-up for the losses incurred as a result of the poor implementation of the EEG.

“The average manufacturer who is confronted with a lot of infrastructure and macroeconomic challenges is eminently qualified, if not more qualified, to benefit from such a scheme.”