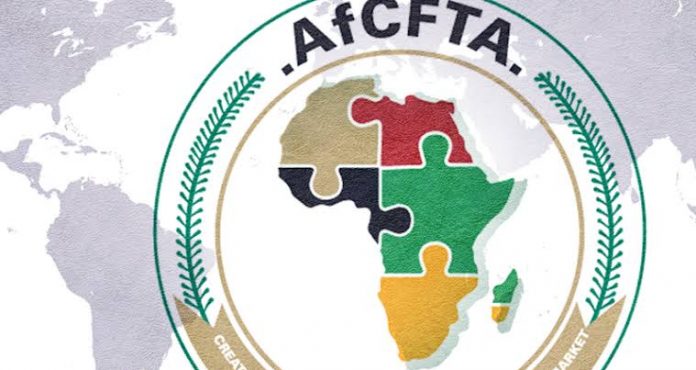 The Secretary General, Africa Continental Free Trade Area, Mr Wamkele Mene, has described the AfCFTA as a driver for Africa’s recovery from the impacts of the coronavirus pandemic.

He said it would drive recovery from impacts of the pandemic on the continent’s industralisation growth and development agenda.

Mene said this during a courtesy visit to the Lagos Chamber of Commerce and Industry on Friday in Lagos.

He said the continent’s ability to trade in merchandise and services including airlines industry, tourism and other components was critical to its recovery.

He noted that Africa before the outset of the pandemic, was a significant market with a growing rate of 3.4 per cent annually, and the producer of six out of 10 fastest growing economies of the world.

He said, “With COVID-19, we went from that to a contraction of a magnitude that we have not had in about 30 years.

“But with the objectives of the AfCFTA, by 2035, by dabbling into Africa trade, Africa is on the path to industrial development and we are building a capacity to diversify our exports within and outside the continent.”

According to him, the projection of International Monetary Fund is that by 2022, there will be some positive growth trajectory of 2.1 per cent for Sub-saharan Africa if we roll out vaccines on time and implement the AfCFTA.

He said that the AfCFTA, therefore, “is the driver for Africa’s recovery with all the components critical to this happening.”

The AfCFTA Secretary -General also addressed the obvious challenges with rules of origin under the agreement.

Mene said that the agreement had rules that catered to discipline, dumping of products, subsidised products and preferential safeguards among others.

He called for concerted efforts by the private sector, AfCFTA Secretariat and regulatory agencies to build greater capacity for the Custom authorities of participating countries for the success of the agreement.

This, he said, would ensure the enforcement of discipline and build the capacity of the Customs services to implement the trade rules of the AfCFTA effectively.

Mene lauded the efforts of the Nigerian government at establishing its trade remedy authorities to address investigation, issues of origin and punitive measures where necessary.

“At the moment, only two countries – Egypt and South Africa – have their trade remedy authorities ready, and this has the ability to prevent dumping and address many other challenges associated with inter-African trade.

“Nigeria is at the advance stage of establishing a trade recovery remedy authority and this is a very positive step,” he said.

In her remarks, President, LCCI, Mrs Toki Mabogunje said the AfCFTA was largely a story of immense excitement and expectation among the Nigerian business community because of the inherent opportunities.

She said the AfCFTA would make the continent more integrated, united and prosperous, especially in the light of the numerous benefits of a larger market.

Mabogunje, however, expressed anxiety over the competitiveness’ challenges and possible import surge that would come with the continental integration deal.

“The Chamber believes it’s an opportunity for countries to scale up their competitiveness by improving their investment climate.

“Ultimately, it would be to the benefit of the economies of the continent and the welfare of our citizens,” she said.

Meanwhile, LCCI has confirmed that Mene would be a special guest at its forum themed: ‘AfCFTA: Roadmap to a successful implementation’ scheduled for March 16.