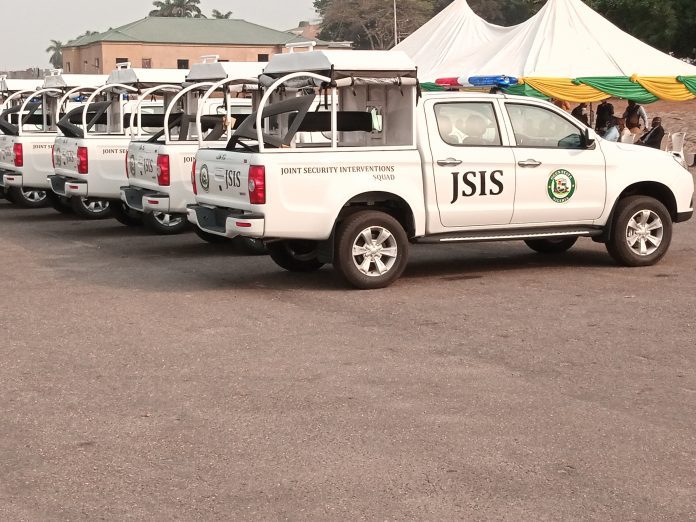 The Governor of Ogun State, Prince Dapo Abiodun and other executive members have launched the patrol vehicles and motorcycles to be deployed to the troubled areas in Yewa North Local Government Area of the state.

According to the governor, the 10 patrol vehicles and 20 motorcycles  are to be given to the Joint Security Interventions Squad, made up soldiers, Police, Civil Defence and the Directorate of State Services among others.
Details later
Share on:
WhatsApp