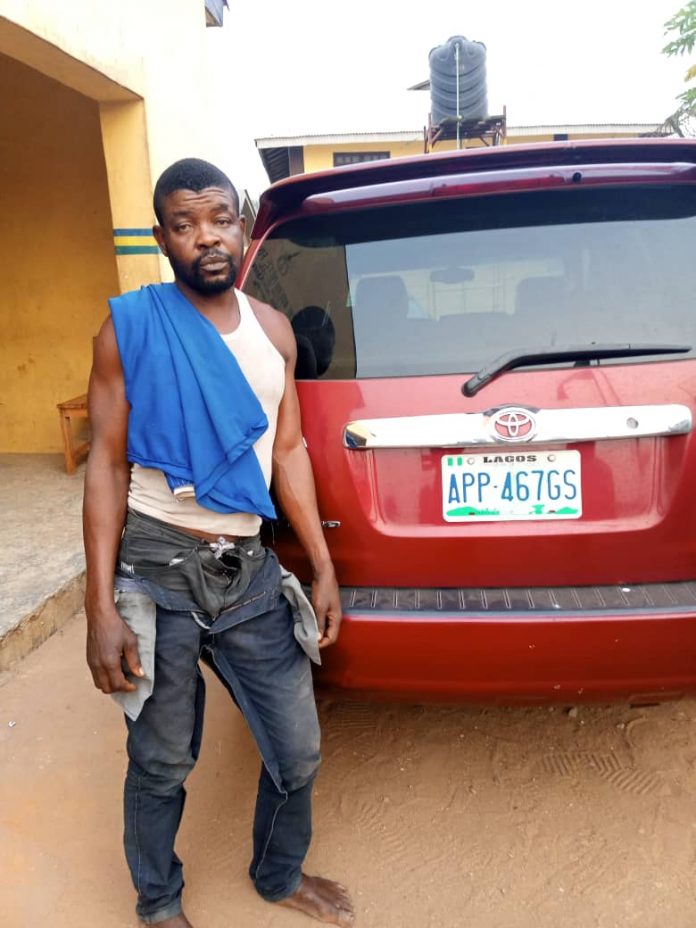 The operatives of the Ogun State Police Command say they have arrested a Lagos-based driver, Eyo Eta while fleeing with his boss’ Toyota Highlander SUV with number plate APP 467 GS.

The suspect who was a resident of Number 78 Iju Road, Ifako Agege, according to the police was arrested on Wednesday 23rd of February 2021 at Ijebu-Mushin Junction on Ore-Benin Expressway.

The state Police Public Relations Officer, Abimbola Oyeyemi said the suspect was accosted by men of Federal highway patrol at about 9.30pm at Imeri Junction, Ijebu- Mushin while heading to Benin.

He said when the suspect was stopped by the policemen, he was unable to give satisfactory answers to all the questions posed to him and he was subsequently taken to the station for more questioning.

He added that it was at the station that he confessed to that he was taking the car away to Benin City, unknown to the owner of the car.

Oyeyemi said the Divisional Police Officer, Ijebu- Mushin, CSP Hillary Simire there and then placed a call to the owner of the car who identified himself simply as Omopariola.

He added that the owner explained to the police on the phone that the driver ran away with the vehicle from Lagos and that he had already reported the case to the police.

Meanwhile, the state ,Commissioner of Police, Edward Ajogun has directed that the suspect be transferred to the State Criminal Investigation and Intelligence Department for further investigation.