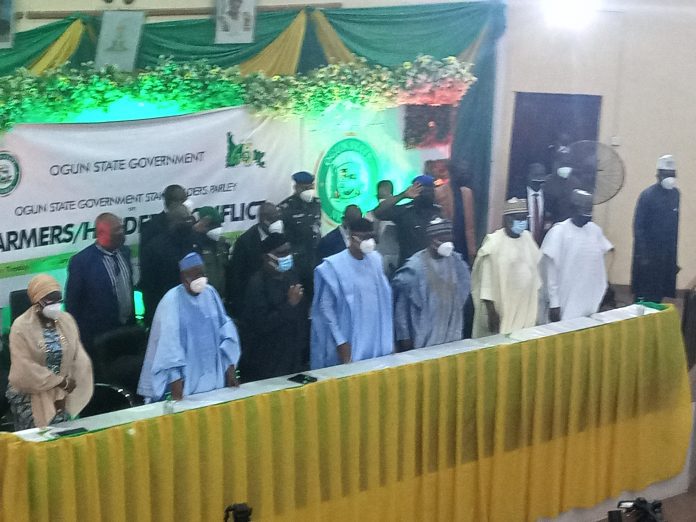 The Governors of Ondo and Kano states, Arakunrin Rotimi Akeredolu and Dr Abdullahi Ganduje on Tuesday reiterated the call for modern way of animal husbandry instead of the current open grazing method, which usually lead to conflict between farmers and herdsmen.

They spoke on Tuesday in Abeokuta, the Ogun State capital at the parley organised by the Ogun State Government on farmers/herders crisis in the state and some other states in the South-west.

They all agreed that Nigerians must embrace peace and criminal elements should be fished out and dealt with, no matter what tribe they were.

Akeredolu who is the chairman of South-West Governors Forum, said bringing herd of cattle by herdsmen on foot from Futa Jallon or Kano to the South-west was  archaic.

He reiterated that the herders should embrace modern animal husbandry method by keeping the cattle in a controlled environment and fed them there instead of the current open grazing method, in which animals had strayed into farms and destroyed crops.

He added that no matter where they were those who needed cows for festivities would locate them for purchase.

On his part, the governor of Kano State also stated that the grazing routes had been obliterated by population growth and thus there was the need to deploy modern means of rearing cattle.

Governors Bagudu, Bello and Matawalle also called for restraint and the need to give peace a chance, on the part of the farmers and herders.

Traditional rulers from Yewaland led by the Olu of Ilaro and paramount ruler of Yewaland, Oba Kehinde Olugbenle, also called for caution and restraint on the utterances and statements being released in the media by the leadership of the Miyetti Allah Cattle Breeders Association of Nigeria.

The host governor, Prince Dapo Abiodun noted that it had become worrisome that people who had co-existed peacefully for years were suddenly at each other’s throat on account of sources of livelihood.

He said his administration was determined to finding lasting solutions to the menace, as he added that there were some elements setting the people against one another by whipping up ethnic sentiments.

The four paramount rulers from the state among others were present at the event. 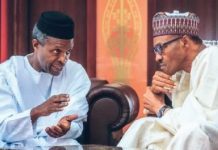