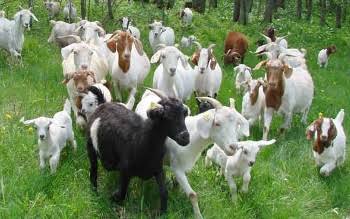 The Ogun State Government says it will vaccinate 16,000 goats and other ruminants this year.

This, it said was a swift response to combat loss of livestock in the state due to ravaging Peste Des Petis Ruminants, otherwise called goat plague.

According to a statement made available to our correspondent in Abeokuta, the Commissioner for Agriculture, Dr. Adeola Odedina said this during the flagging-off of the programme at Imala, Abeokuta North Local Government Area of the state.

While he noted that Imala being one of the largest producers of beef in the state, he said the Dapo Abiodun-led administration was ready to ensure food security, despite the outbreak of animal diseases, COVID-19 pandemic and unfavourable climate change.

Odedina described goat plague as a highly contagious ruminants’ disease that has no cure, hence the need to take a preventive step at combating the disease via vaccination, saying the government would ensure that the exercise extends to other Local Government Areas. 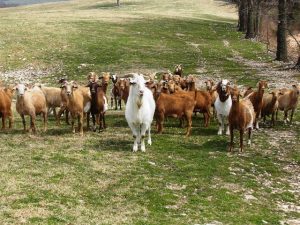 He said, “As a responsive government, we must do all in our power to ensure food availability and security, while promoting profitable agribusinesses that provide jobs and contribute to the economy of the state.

“This activity is in line with our renewed focus on the provision of nutritious food, by ensuring that livestock protein components are affordable and not threatened.”

The Commissioner enumerated high fever, sores in the mouth, diarrhea, pneumonia, and high mortality as the effect of goat plague, imploring livestock farmers to quickly report any case of the outbreak to the nearest Veterinary Clinic across the state for a prompt intervention to curtail the spread.

Earlier in his Palace, the Omola of Imala, Oba Moses Adegboyega Olabode lauded Ogun State Government for the intervention which he said would preserve their livestock against the outbreak of diseases.

He noted that Agriculture was the mainstay of the Nigerian economy which should not be washed aside, encouraging youths to shun idleness and embrace profitable agricultural ventures, as arable land for all types of farming abound in the state.

Speaking on behalf of other beneficiaries, Salimatu Abiona and Rebecca Fagbenro, appreciated the government for the gesture, saying the exercise would ensure the breeding of healthy animals, that would further guarantee their profitability.