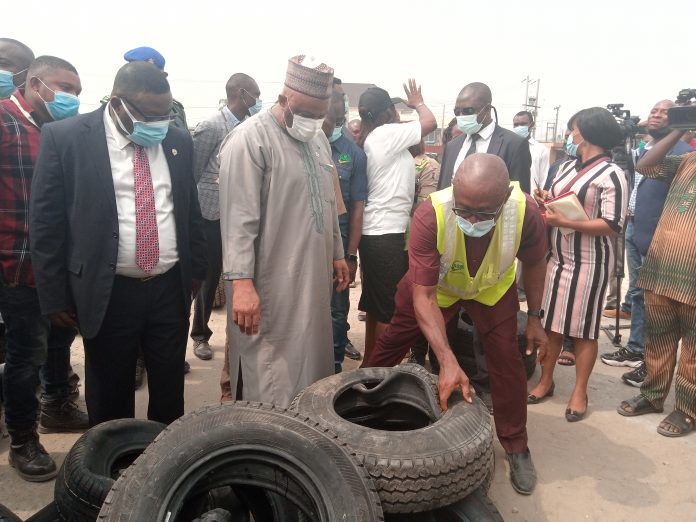 These products were destroyed at its warehouse situated at Amuwo Odofin area of Lagos. The tyres were sawn into shreds while the LPG cylinders were perforated  by the side and the valves were removed.
Leading the SON team, the Director-General, Mallam Farouk Salim, said the products were dangerous and they were seized in warehouses and shops.
He said the tyres were in six containers that were brought into the country by some importers. 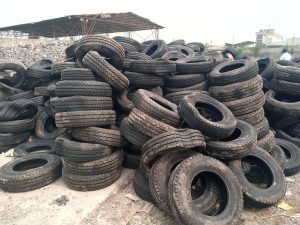 While for the LPG cylinders, Mallam Salim said were brought in in one 40- feet shipping container size, two 20 -foot shipping containers while some other used ones were seized in warehouses and shops.
He said the seizures were made possible through intelligence by the operatives of SON.
He said the LPG cylinders were substandard while the integrity of the tyres had been compromised,  as the importers stuffed five, four  tyres into one, in an attempt to beat the number of containers to convey them. 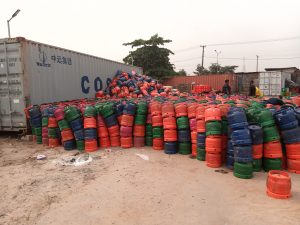 He said, “These cylinders are substandard. Likewise, the integrity of the tyres have been compromised. Having five, four tyres stuffed into one, in the process the quality and the integrity of those tyres have been compromised. They are doing this just to save money on the number of containers they will use to import them.
“I call this penny wise pound foolish.”
“They (tyres) could explode during use, because the integrity had been compromised. Everyday a lot of accidents happen through tyre explosion on the road.
“The estimate of the value of the LPG cylinders and the tyres seized is between N200m and N300m.
Mallam Salim said all these substandard goods came in through the seaports and since SON operatives were not allowed at the seaports since 2015, “it is difficult to stop them at the entry points.” 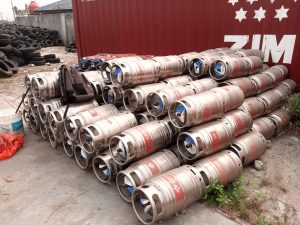 He,however, explained that he had started to make consultations with top government officials on the need to have operatives of SON return to the seaports.
He said, “SON officials were equally at the seaports until 2015, when the then Minister of Finance ordered them out of the ports.
“But now I am consulting with top government officials on the need to have SON operatives back at the ports to ensure effective checks of goods coming into the country.”
Mallam Salim added that the organisation would continue to work with genuine importers “as majority of them are doing the right thing while a few of them are the bad eggs.”
Mallam Salim also said he would be pressing for more security operatives to work with SON in the area of enforcement. 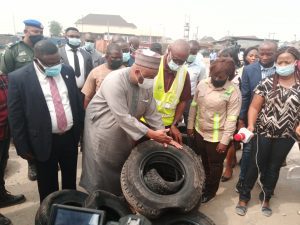 Representatives from the National Environmental Standards and Regulations Enforcement Agency, Lagos office, led by Mrs Catherine Omotehinse, were present at the event.
Share on:
WhatsApp 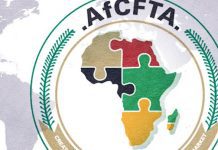 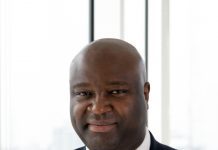 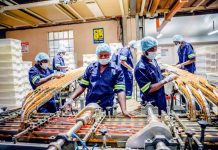