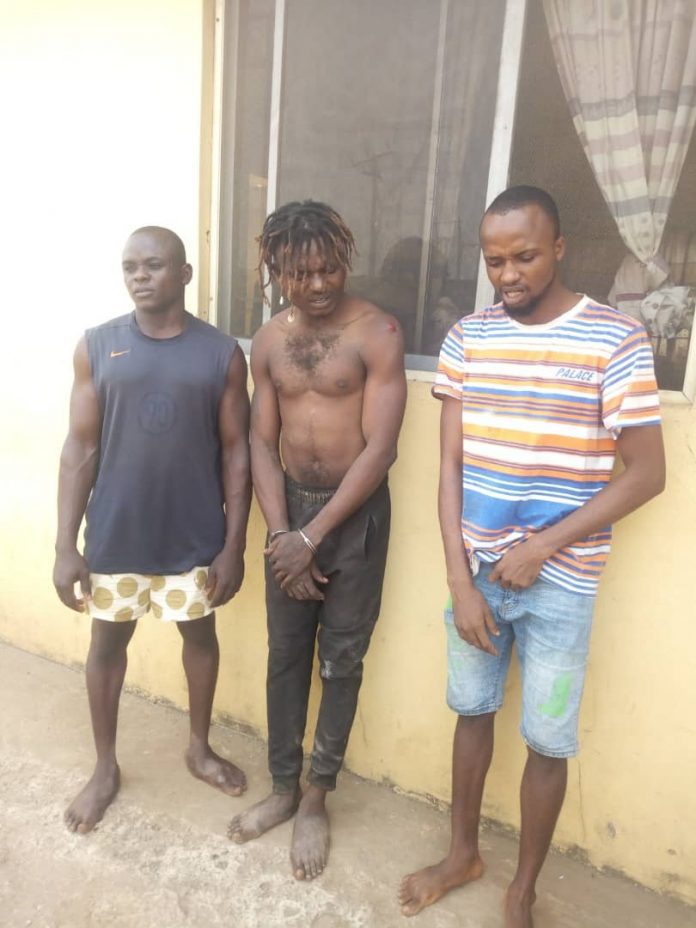 The men of the Ogun State Police Command say they have apprehended three suspects who beat a 23- year-old boy, Samuel Ajibade to death over an alleged phone theft

According to the police, the three suspects are Ugo Obi, Chinonso Jude, and Chibuke Samson, all of MTN Street, Iju Ota, in Ado Odo/Ota Local Government area of the state.

The state Police Public Relations Officer, Abimbola Oyeyemi said they were arrested on 21st of January 2021.

Oyeyemi said the father of the victim, Gbenga Ajibade had reported at Onipanu Divisional Headquarters that his son Samuel was alleged to have stolen two handsets by the suspects, consequent upon which suspects jointly beat him to state of coma.

He said the father stated further that the deceased was rushed to the General Hospital, Ota for medical attention but was confirmed dead as soon as he got to the hospital by the doctor on duty.

He said it was the quick response of the police that saved the suspects from being lyinched by angry mob who had gathered to apply jungle justice on them immediately they heard that the victim was dead.

Oyeyemi said the corpse of the deceased had been deposited at the morgue of the General Hospital, Ota for post mortem examination.

Meanwhile, the state Commissioner of Police, Edward Ajogun has ordered the immediate transfer of the suspects to the homicide section of the State Criminal Investigation and Intelligence Department for further investigation and deligent prosecution.

The CP warned that the command would not tolerate any form of jungle justice on anybody suspected of any type of crime.

He appeal to members of public to always report anyone suspected to have committed crime to the law enforcement agency for proper investigation and prosecution rather than taking laws into their own hands.