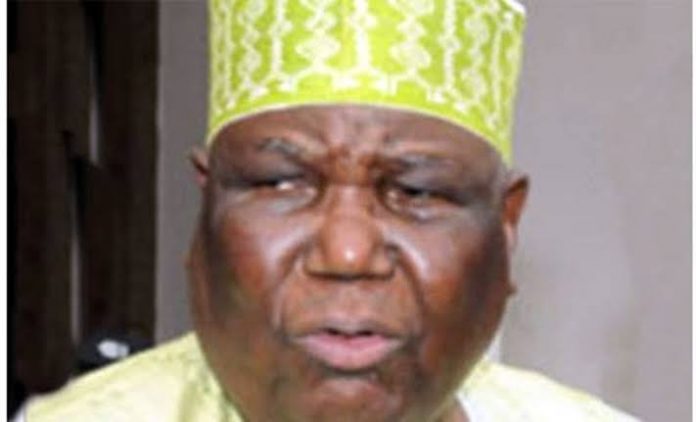 The Governor of Ekiti State, Dr Kayode Fayemi has expressed his condolences to the family of former Inspector-General of Police, Alhaji Gambo Jimeta who passed on Thursday, aged 83.

Jimeta was the Inspector- General of Police between 1986 and 1990 and later served as National Security Adviser.

Governor Fayemi in a statement by his Chief Press Secretary, Yinka Oyebode, said he was saddened by the news of the death of the former Police IG who he said served the country meritoriously for many years with dignity and honour.

He described the late Jimeta as one of the finest police officers produced in Nigeria, adding that the late police boss exhibited great passion, dedication and patriotism in all the assignments he undertook in and out of office.

The statement read in part, “His passage at this time when we are faced with serious security challenges is indeed painful as our nation requires the depth of his knowledge and expertise in this area.

“His death is, no doubt, a great loss to the Adamawa Emirate Council where he held the traditional title of Dan Lawan; Adamawa State; Nigeria and the international police family.

“We are, however, happy that he lived a good life, leaving a worthy legacy as one of the finest police officers produced in Nigeria, and equally served meritoriously as National Security Adviser and Minister of Agriculture.

“I, on behalf of the Government and good people of Ekiti State, condole deeply with Alhaji Jimeta’s family and the Adamawa Emirate, and pray that Allah will give them the fortitude to bear this loss and grant him aljannah fidaus.”