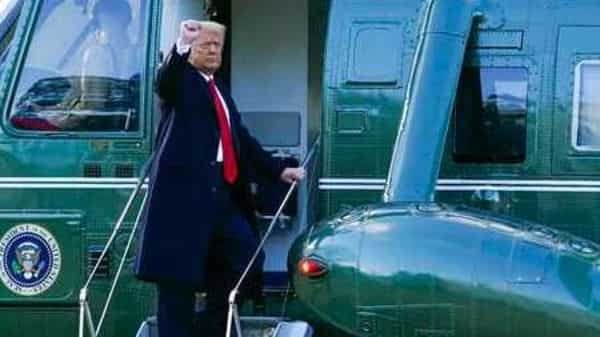 Donald Trump and his wife have finally departed the White House. They left in Marine One without any aides in tow.

Before departure, a number of aides had brought some luggage into the helicopter that came to airlift them.
Holding his wife’s hand, he had a brief chat with the White House press corps.

“We accomplished a lot,” he told journalists.

And gingerly and briskly they walked into the waiting Marine One. 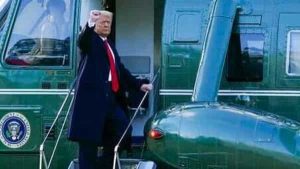 Later, he will be heading for Florida instead of the inauguration venue.
Share on:
WhatsApp