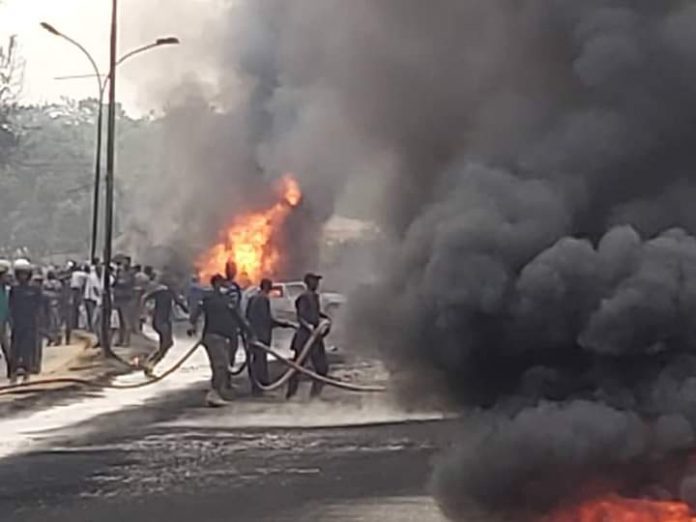 Three persons were burnt to death this morning while six others suffered varying degrees of injuries as a petrol tanker suffered a brake failure while descending the new Kuto overhead bridge in Abeokuta and the driver lost control, ramming the vehicle into the edge of the bridge which led to explosion.

The ill-fated tanker was travelling to Abeokuta from Sagamu-Siun-Kobape axis and it was laden with 33,000 litres of fuel.

The incident which  occurred at 8:15am on Tuesday led to pandemonium as motorists, especially civil servants who were on their way to the office scampered for safety.

The Public Relations Officer, Ogun State Traffic Compliance and Enforcement Agency, Babatunde Akinbiyi confirmed the number of casualties to our correspondent in an exclusive interview.

He further disclosed that the driver of the tanker was among those who died, including two others who were caught in the inferno as the tanker exploded. 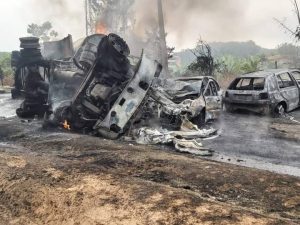 Akinbiyi who confirmed that the tanker suffered a brake failure, and the driver became confused, causing the vehicle to veer off to the oncoming lane and again back to its original lane before it fell at the edge of the bridge, and exploded.

He said seven vehicles and six motorcycles were also burnt in the explosion.

He said, “Three persons were burnt in the explosion, while six others suffered varying degrees of injuries. The driver of the tanker was among those who died.

“Besides the casualties, seven vehicles and six motorcycles were burnt in the inferno.

“The tanker laden with with fuel was descending the new Kuto overhead bridge in Abeokuta when it suffered a brake failure.

“The driver tried to stabilise it, he swerved to the other lane and returned to his original lane but the tanker fell while it crashed into the edge of the bridge.” 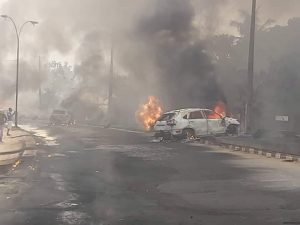 Meanwhile, he said those injured had been rushed to the General Hospital at Ijaiye at the capital city for treatment.

He added that wreckage of the vehicles were being cleared and normalcy would soon return to the road.