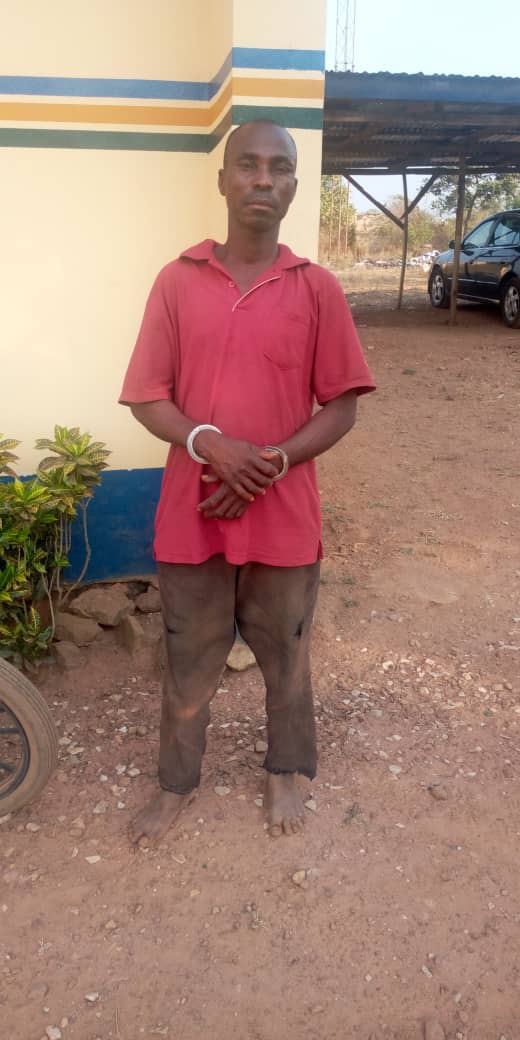 The men of Ogun State Police Command say they have arrested a 55-year- old farmer, Ishau Falana over alleged murder of his relative, one Badmus Rafiu.

The suspect was reported to have beaten the deceased to death for burning a section of a bush very close to his farm.

According to the state Police Public Relations Officer, Abimbola Oyeyemi, the younger brother of the deceased reported to the police that the deceased went to their farm at Oluwasogo area of Ijaka Isale, Ayetoro only to be accosted by the suspect who challenged him for burning a bush very close to his farm.

Oyeyemi said that he added that fight ensued between them, as a result of the argument, consequent upon which the suspect overpowered the deceased, tied his hands and legs with rope and used a stick to beat him to state of coma before leaving him there and coming back to the town.

He stated that it was the following day when the deceased’s mother got to the farm, she met the son already dead.

Oyeyemi said, “Acting on the information, the Diviaional Police Officer, Ayetoro, CSP Bolaji Jimoh detailed detectives to the scene from where the corpse was recovered to the general hospital mortuary for post mortem examination.

“The suspect was there and then traced and apprehended.”

Oyeyemi said during interrogation, the suspect had confessed tying the deceased’s legs and hands before beating him to coma, but claimed that he never knew that it would lead to his death.

Meanwhile, the state Commissioner of Police, Edward Ajogun has ordered the transfer of the suspect to the Homicide Section of the State Criminal Investigation and Intelligence Department for further investigation and diligent prosecution.