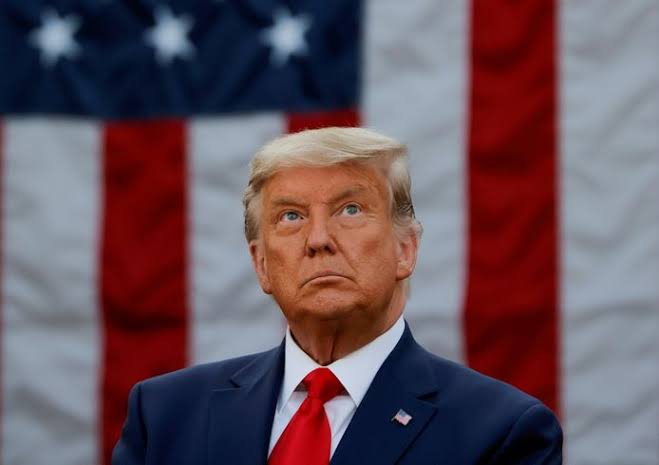 Embattled US President, Donald Trump has said he will not attend the inauguration of President-elect, Joe Biden on January 20, 2021.

He said this on Friday, a day after Biden’s Electoral College win was certified by a joint session of the US Congress.

“To all of those who have asked, I will not be going to the Inauguration on January 20th,” Trump wrote on his official Twitter handle.

Recall the outgoing president had earlier issued a broadcast saying he’s now focused on delivering a smooth, orderly and seamless transition of power.

He had earlier condemned invasion of the US Capitol by his supporters who were buoyed by his claims of widespread voter fraud in the election which held on November 3, 2020.

And he had also called for healing and reconciliation.

Trump said, “I’ll like to begin by addressing the heinous attack on the United States Capitol. Like all Americans, I am outraged by the violence, lawlessness and mayhem. I immediately deployed the National Guard and Federal Law Enforcement to secure the building and expel the intruders. America is and must always be a nation of law and order.

“The demonstrators who infiltrated the nation’s Capitol have defiled the seat of American democracy. To those who engaged in acts of violence and destruction, you do not represent our country. And to those who broke the law, you will pay.

“We have just been through an intense election and emotions are high. Now temper must be cooled and calm restored. We must get on with the business of America.

“My campaign vigorously pursued every legal avenue to content the election results. My only goal was to ensure the integrity of the vote. In so doing, I was fighting to defend America’s democracy. I continue to strongly believe that we must reform our election laws to verify the identity and eligibility of all voters and to ensure faith and confidence in all future elections.

“Now, Congress has certified the results. A new administration will be inaugurated on January 20th. My focus now turns to ensure a smooth, orderly and seamless transition of power. This moment calls for healing and reconciliation.”