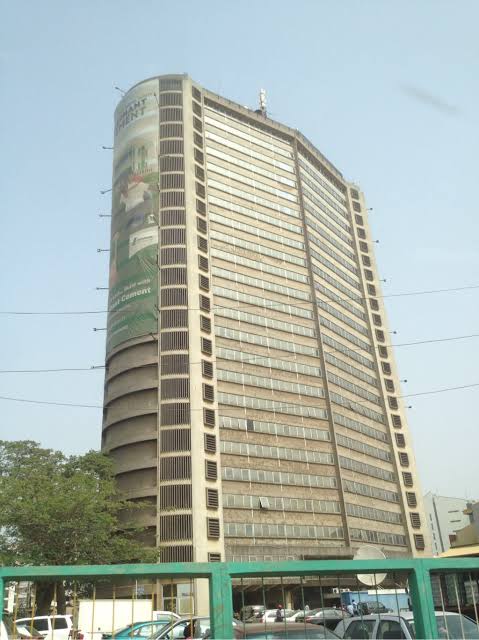 One person reportedly died while three others were injured in an elevator accident that happened at the Cocoa House building in Ibadan, the Oyo State capital on Wednesday.

Cocoa House is a 26-storey building built in 1965 by the Chief Obafemi Awolowo-led Western Region government.

It is under the management of the Odua Investment Company Limited, and occupied by the Development Agenda for Western Nigeria and several other businesses, mostly private.

Our correspondent gathered that the elevator was undergoing routine repairs on Wednesday when it crashed, killing one of the technicians, injuring others.

He explained that the elevator crashed into the basement pit.

He said, “At around 11am this morning, the lift installation team from our contractor handling the installation of the new lift to improve efficiency of work at Odua Investment Company Limited while working on the lift suffered a mechanical failure.

“The said failure resulted in the lift car dropping and crashing into the basement pit. Unfortunately, one of the technicians in the team did not survive the incident.

“Three other technicians suffered minor injuries and have been taken to the hospital for check up/ treatment. The head office of the company has been informed and their representatives have arrived to take charge of the situation while the Police have also been informed.

“We sympathise with the family of the deceased and pray that God will grant repose to the lost soul and give the family the fortitude to bear the loss.”

He said, “One person died and three others injured. They were immediately rushed to the hospital for medical attention.”