The Lagos Chamber of Commerce and Industry says some provisions in the Petroleum Industry Bill could adversely affect the growth of the nation’s oil and gas industry and the overall economy, if not corrected before being passed into law.

In a statement entitled, ‘ LCCI comments on the Petroleum Industry Bill’ signed by the LCCI Director-General, Dr Muda Yusuf, made available to our correspondent on Sunday, the chamber listed areas where it wanted amendments and changes to the bill.

Though it commended the government’s efforts so far on the recommendations in the bill, it noted that there grey areas that needed to be straightened.

The LCCI advised that the PIB should seek to protect existing investments from value erosion, adding that the assets and operations from these investments were the foundation upon which new projects could be built.

“It is therefore crucial that projects already underway be able to maintain the conditions under which they were designed and approved.

“Doing so will incentivise the launch of new projects, grow production and revenue for government and stakeholders, thereby guaranteeing long term sustainability of our oil and gas industry.”

It said the preservation of base business & rights as stipulated in Sections 92.3, 92.4, 93, 302.3, 311.9.c, 317.4, Third Schedule), seek to preserve existing business in oil and gas industry and ensure their growth, it however noted that as currently drafted, “there are several issues threatening existing projects which the Bill does not resolve.”

It stated that while the PIB enabled companies to elect to either convert to the PIB or remain on existing terms, “it does not provide clear assurances that projects whose leases will be renewed in the coming years will be able to retain the rights and benefits they have earned since the start of their operations.

“To ensure the stability of projects, operators should be able to maintain the structure of gas contracts and pricing agreed between parties prior to PIB becoming law. The Bill should clarify acreage relinquishment requirements upon conversion.

“Lastly, the PIB opens the possibility of separating liabilities from assets against which those liabilities can be settled (per existing Joint Operating Agreements), which created a significant risk to NNPC’s JV partners of non-payment of pre-existing commitments.

“We believe that both the assets and liabilities of NNPC should be transferred to the same entity.”

The LCCI further advised that in order address these risks, companies should retain their right to contractual dispute resolution, stabilisation of historical legislative and regulatory changes, PSC/PSA tax benefits earned but not utilised by conversion date and AGFA- based investments retain earned allowances in Upstream.”

It further noted that (Section 267, Seventh Schedule), which deals with Deepwater assets, had tremendous potential which could be unlocked by more favourable investment terms, however, “the Deepwater provisions in the PIB do not provide a favourable environment for future investments and initiation of new projects.”

It suggested that to ensure investors were encouraged to finance Deepwater projects, “the PIB should grant new Deepwater oil projects a full royalty relief during the first five years of production and should remove Hydrocarbon Tax since companies will still be subject to Company Income Tax Act.”

It said Deepwater non-associated gas resource development “is particularly challenging and requires targeted measures to get projects off the ground.” 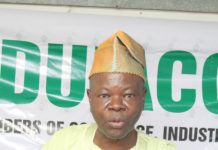 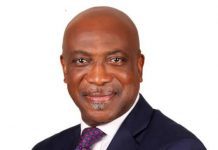 NIN: NACCIMA calls for extension of deadline till February 2021